Cabinet designed by Jens Jacob Bregnö and painted by Poul Jörgensen. The cabinet was made by Thomas Georg Madsen and the mechanism by Jens Olsen.
Jens Olsen was the most important clock maker in Scandinavia, he designed the world clock in
Copenhagen City Hall and this is still regarded as one of the most accurate manual timepieces in the world.

Provenance: Made for the cabinet maker Thomas Georg Madsen's own use, and after his death it was purchased by Karl Kiefer, the founder of Arbejdernes Landsbank in Denmark. After Keifer's death in 1946 the clock was inherited by his daughters who in 1985 donated the clock to Arbejdernes Landsbank, where it has been ever since.

This is a spectacular example of Danish Art Deco, inspired by the discovery of Tutankhamun's tomb. 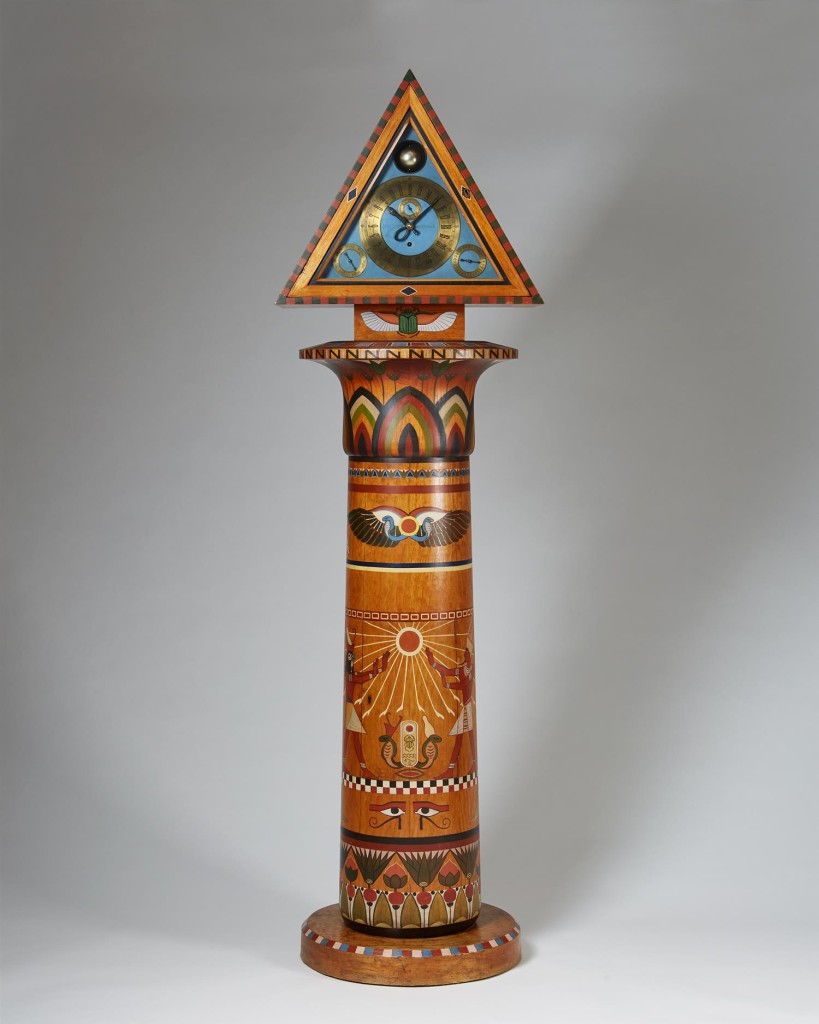 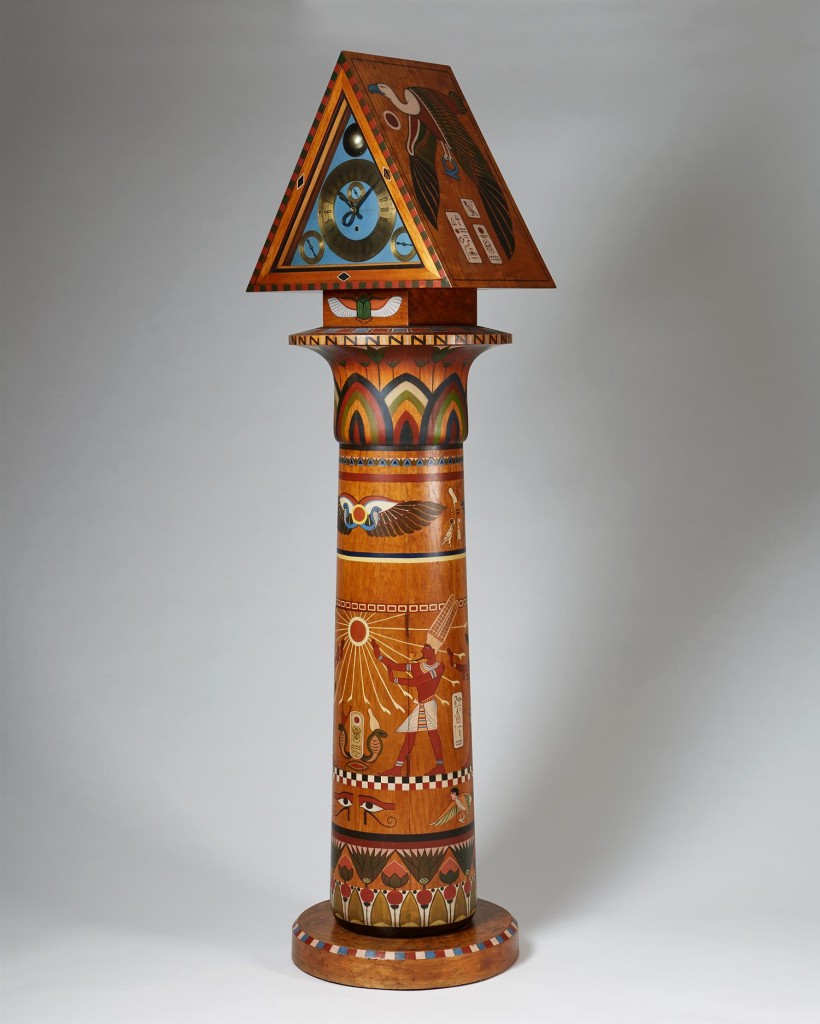 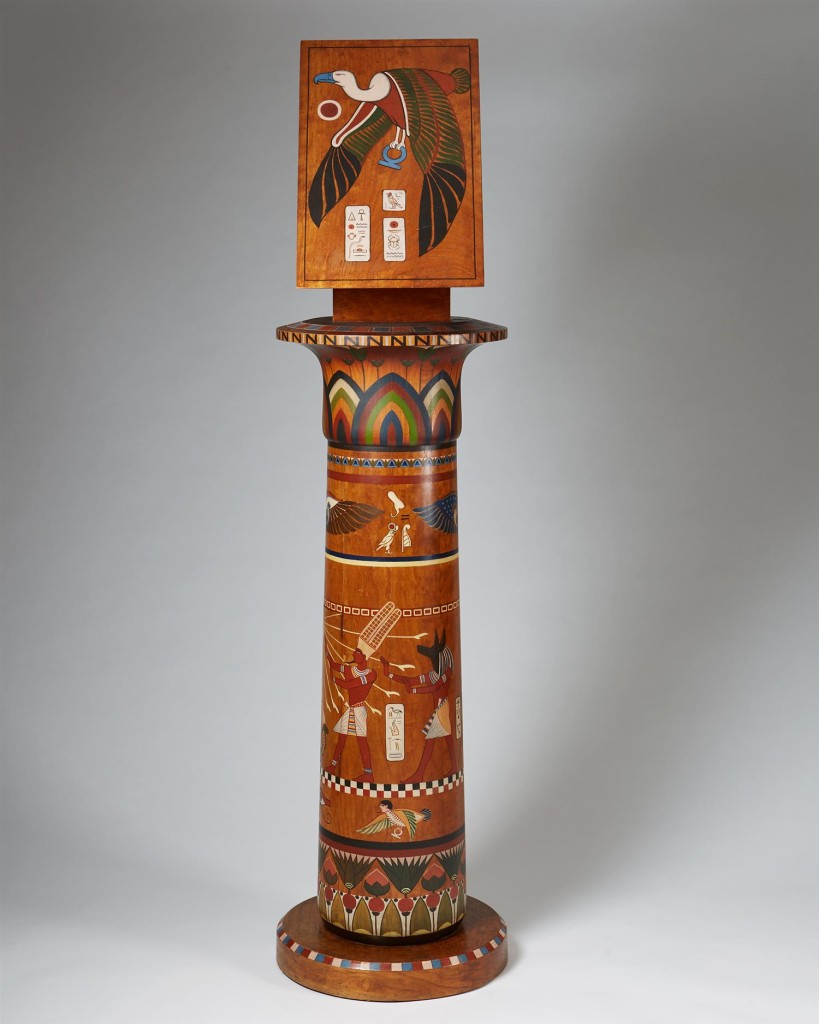 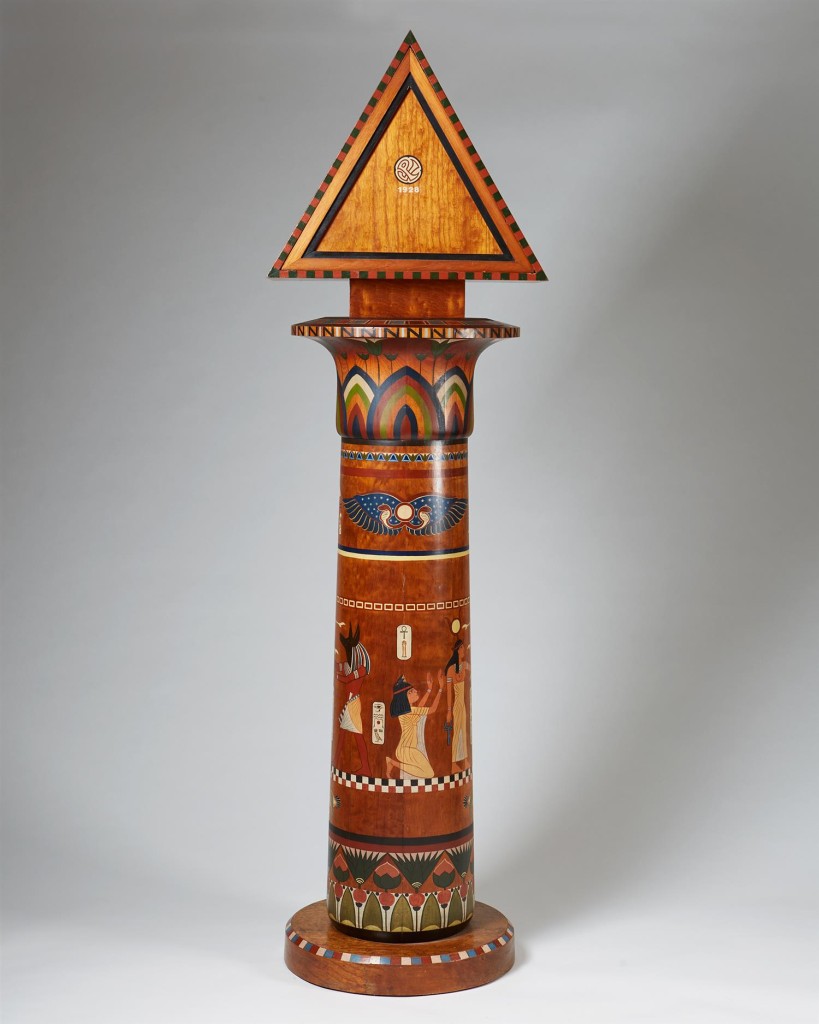 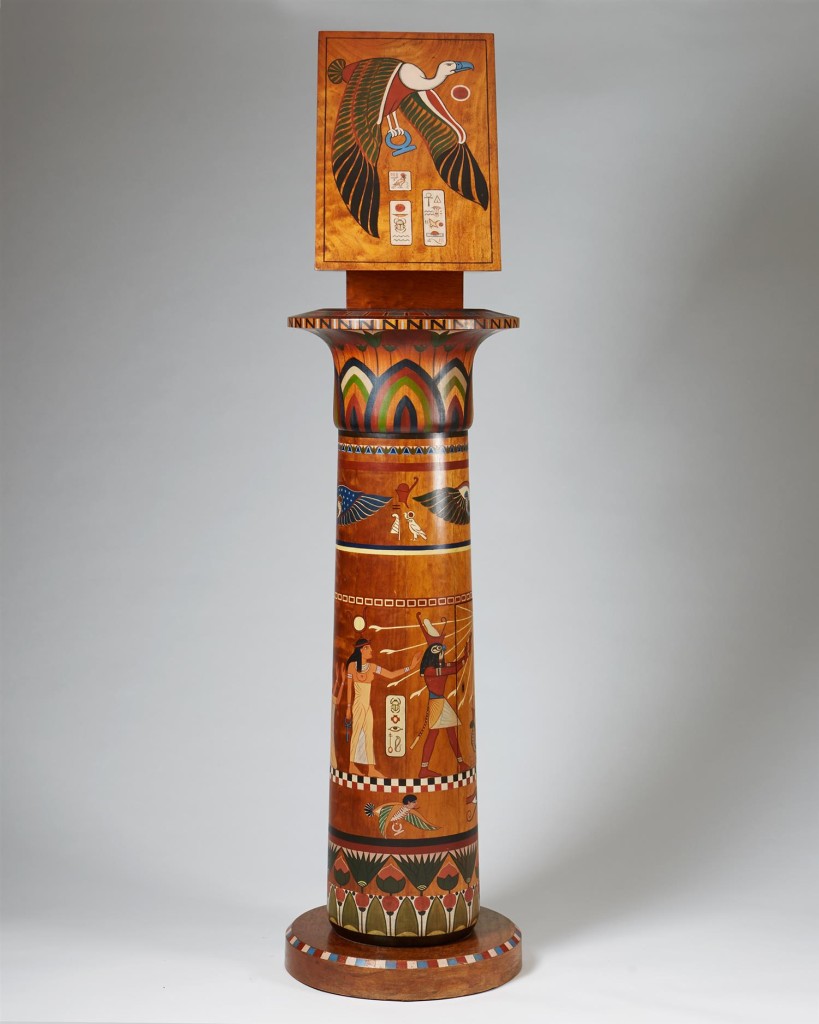 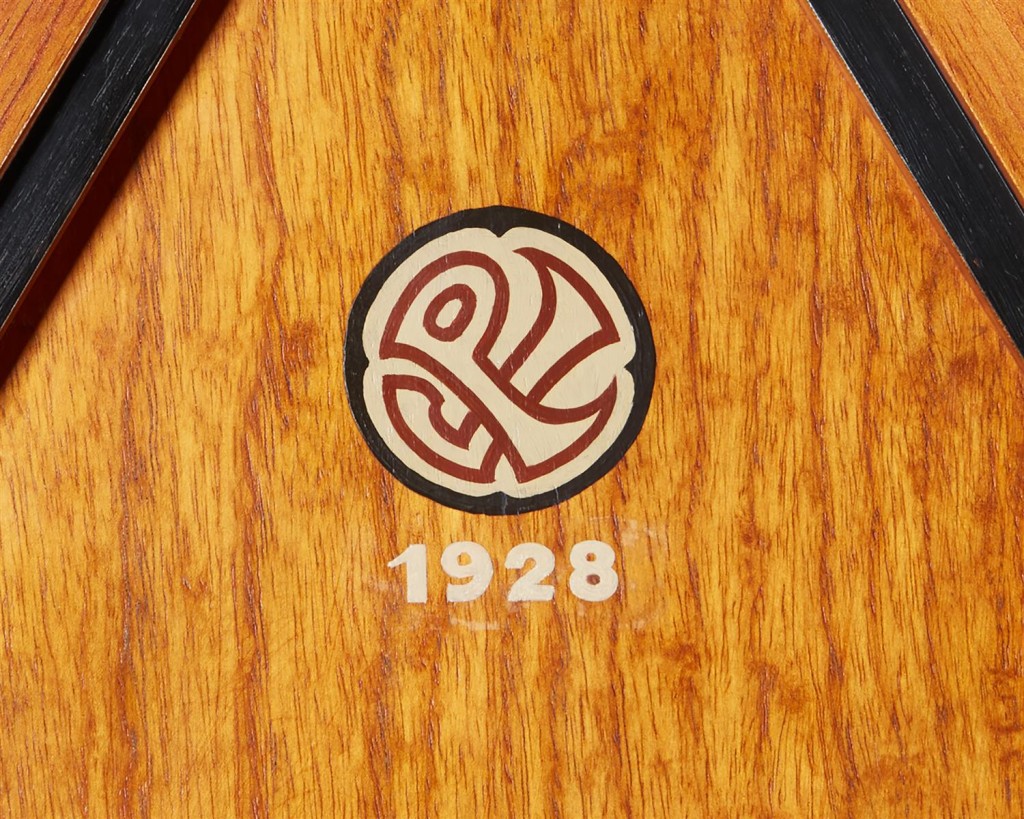 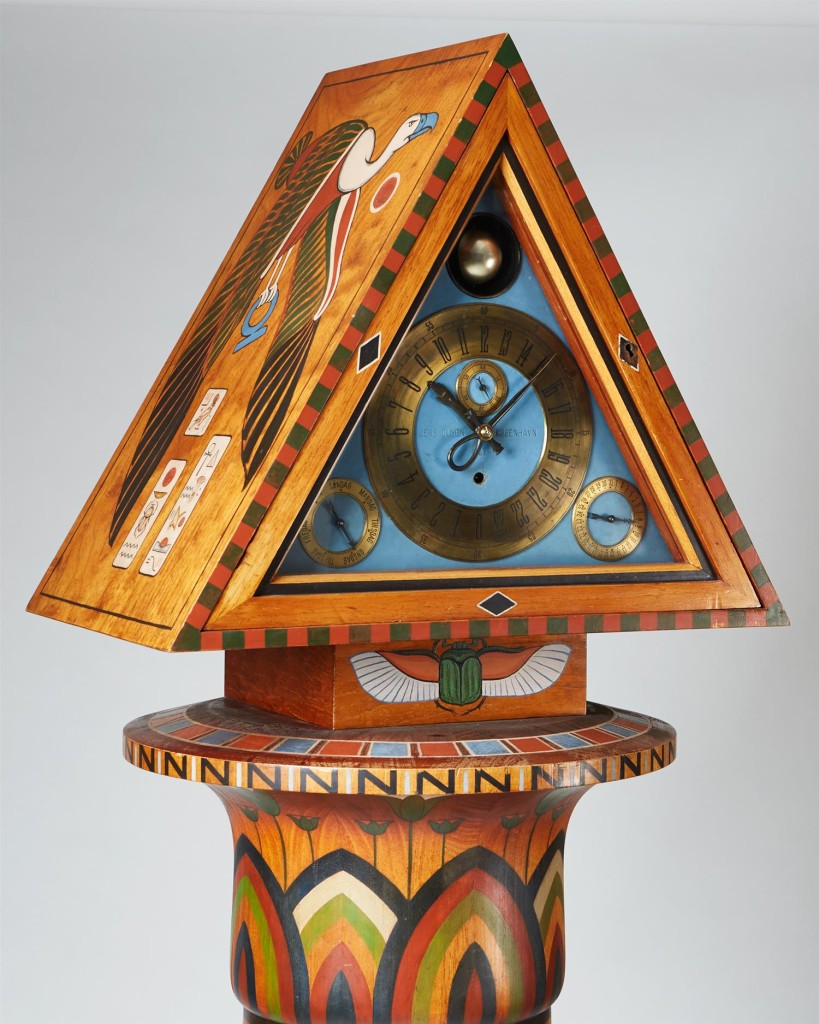 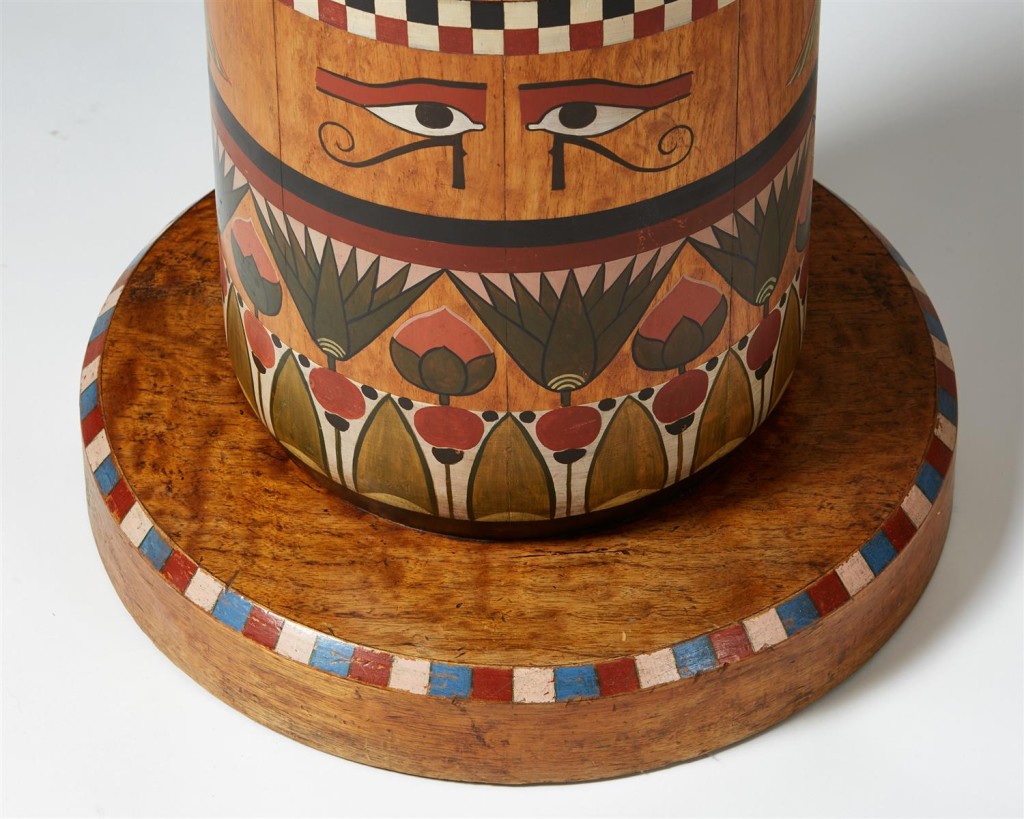 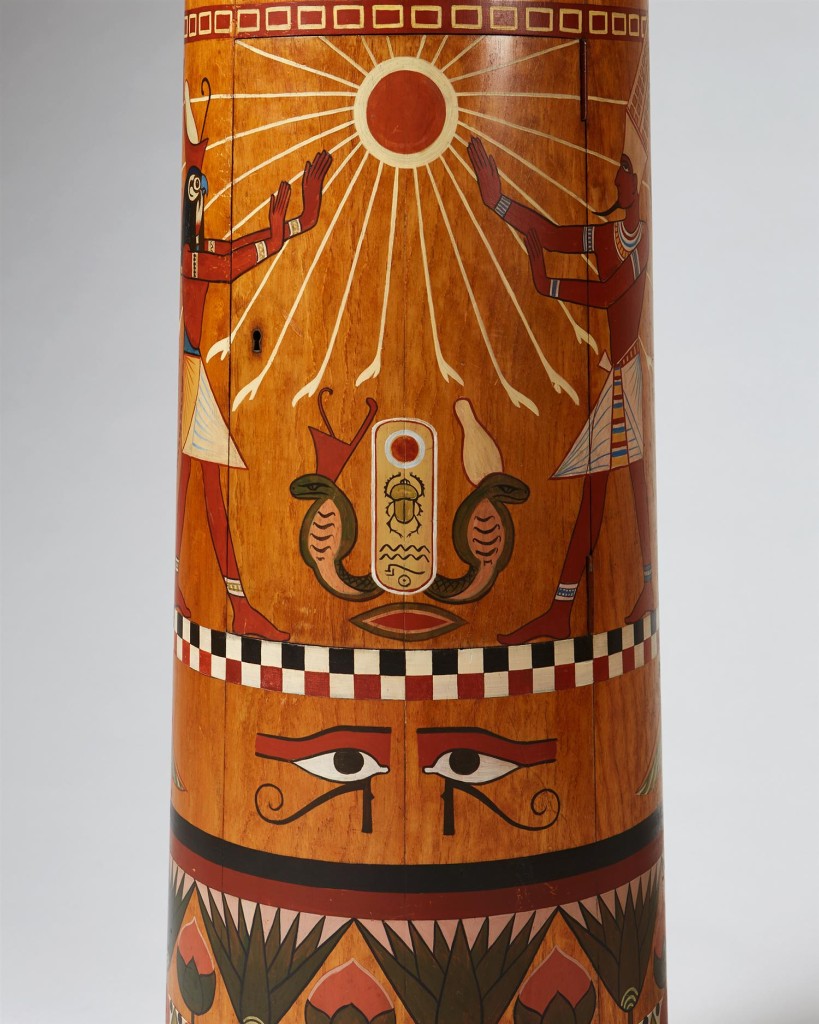 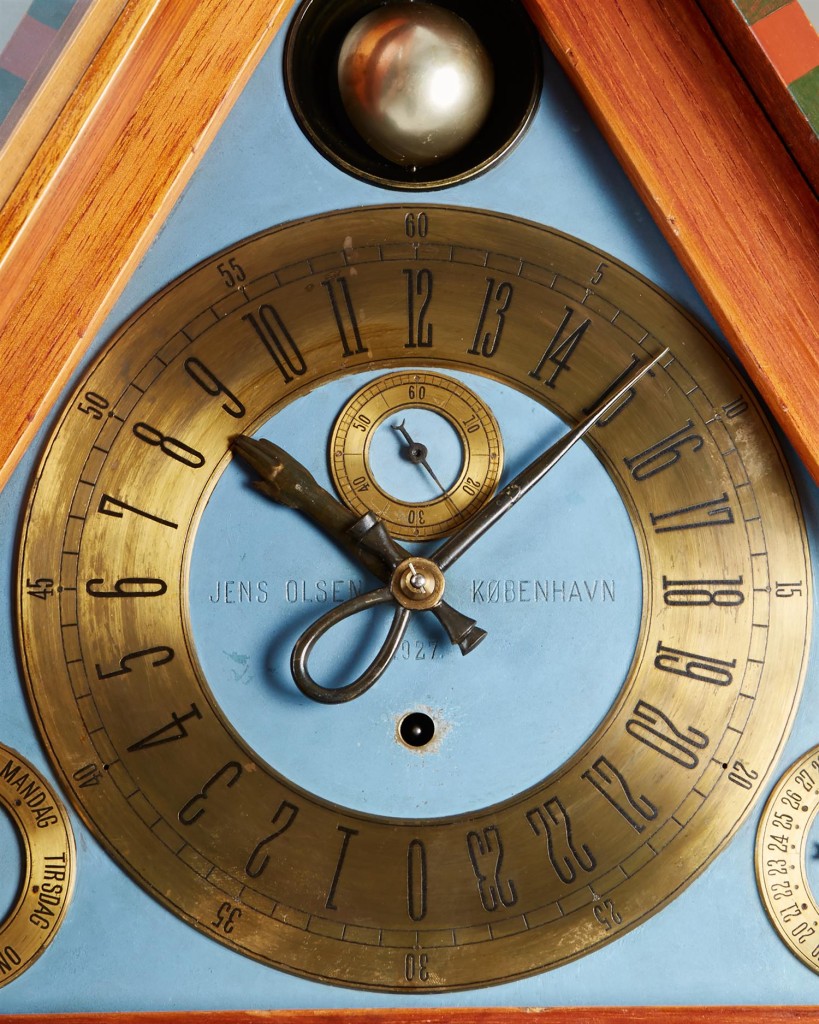 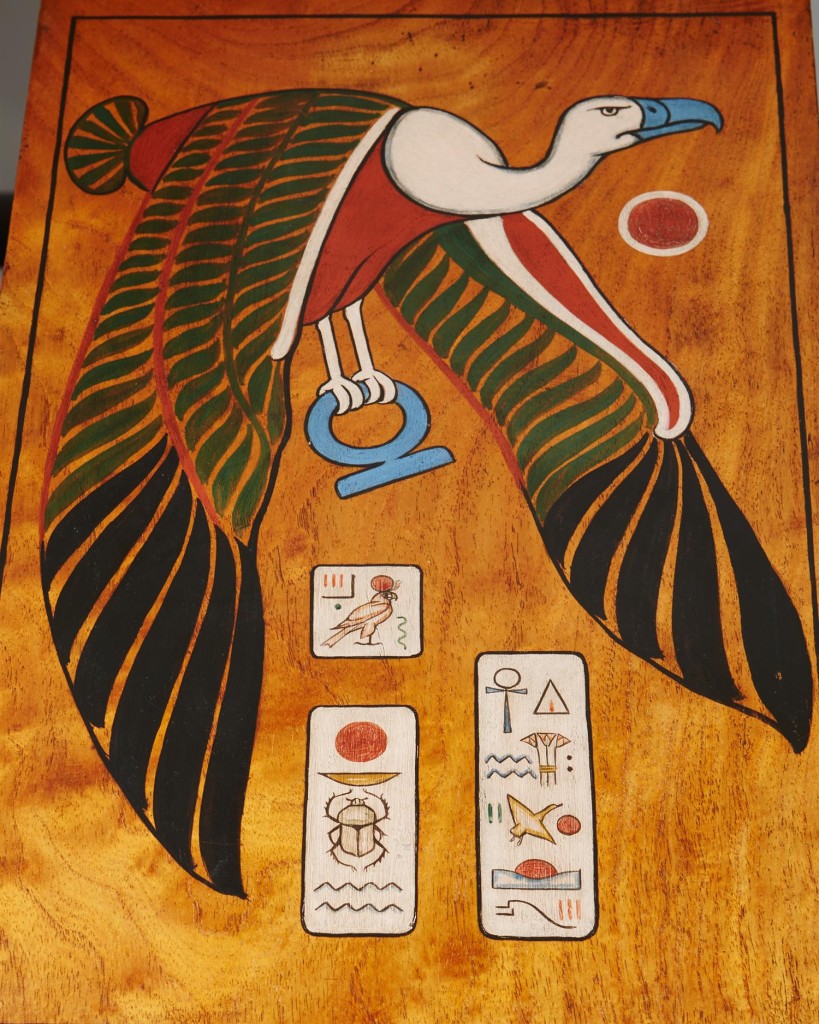