Menu
Axel Salto is one of the most celebrated ceramists of the 20th century, due to his internationally recognised style and interpretation of nature in his designs. Many of his works are held in collections at a number of notable institutions, including the V&A and the Metropolitan Museum of Art. Educated at the Royal Danish Academy of Fine Arts, he began his career as a painter, but developed an eye for ceramics after Bing and Grondahl approached him to produce his designs in 1925 for the World Exposition in Paris. Prior to his ceramic work, Salto worked alongside other contemporaries on the journal Klingen, one of the driving forces for modernism in Denmark. The inspiration for the journal came from a trip to Paris, where he socialised with the likes of Matisse and Picasso.

His early work was inspired by greek mythology and demonic iconography, while his later pieces turned to more organic forms, such as seedpods, budding flowers or fruit. Rather than encapsulating the whole form, he would focus on specific details. These forms helped to reveal the depth of the glaze as it flowed between the crevices of the piece. His ceramic works contain three main styles; ‘the core of power’, ‘the budding’ and ‘the sprouting style’, with the addition of unusually rich glazes that demonstrated his passion for Chinese precedents. His style is opposed to the functional aesthetic of so many of his contemporaries and successors, and was therefore highly respected amongst the international design community.

Salto’s most notable works were produced while at Royal Copenhagen, where he designed stoneware objects from 1933 until the 1950s. Salto’s favourite glaze, ‘solfatara’, was developed here, alongside Sung, Celadon and the famous Ox-blood. Andrew Duncanson, director at Modernity, agrees that the glazes are what make the works by Axel Salto truly special, due to the way they accent against the form of the piece. During his time as a celebrated ceramist Salto won a number of awards. These included a silver medal for his work at the 1925 Internationale des Arts Décoratifs et Industriels Modernes in Paris, the 1937 Paris World Exhibition Grand Prix and the 1951 Milan Triennial Grand Prix.

It was only recently that Salto’s works really started to gain international interest from collectors. In September 2012, a 1944 stoneware vase in the budding style was bought for a record-breaking price of $604,000, more than triple its $160,000 estimate. This is the highest price paid for a 20th century ceramic. According to Andrew Duncanson, “Axel Salto’s pieces have become extremely collectible in the last few years, with some exceptional one-off pieces achieving record prices”.

Modernity is proud to have a number of Salto’s pieces in its collection. One of these examples makes use of the Sung glaze, developed by Patrick Nordström and Carl Halier at Royal Copenhagen. The distinctive nature of this glaze can be seen in the way it plays with the structure of the stoneware.

Modernity also holds one of Salto’s rarer pieces in its collection. Created as a one of a kind, this exceptional example of his work in the famous ox-blood glaze can now be viewed at the gallery in Stockholm. It was held within a private collection for many years and has therefore been hidden from view. What is interesting about the ox-blood glaze is that it only acquires its correct appearance when it is fired in a coal kiln, with the objects being cooled under a cover of smoke to achieve the distinctive patina. 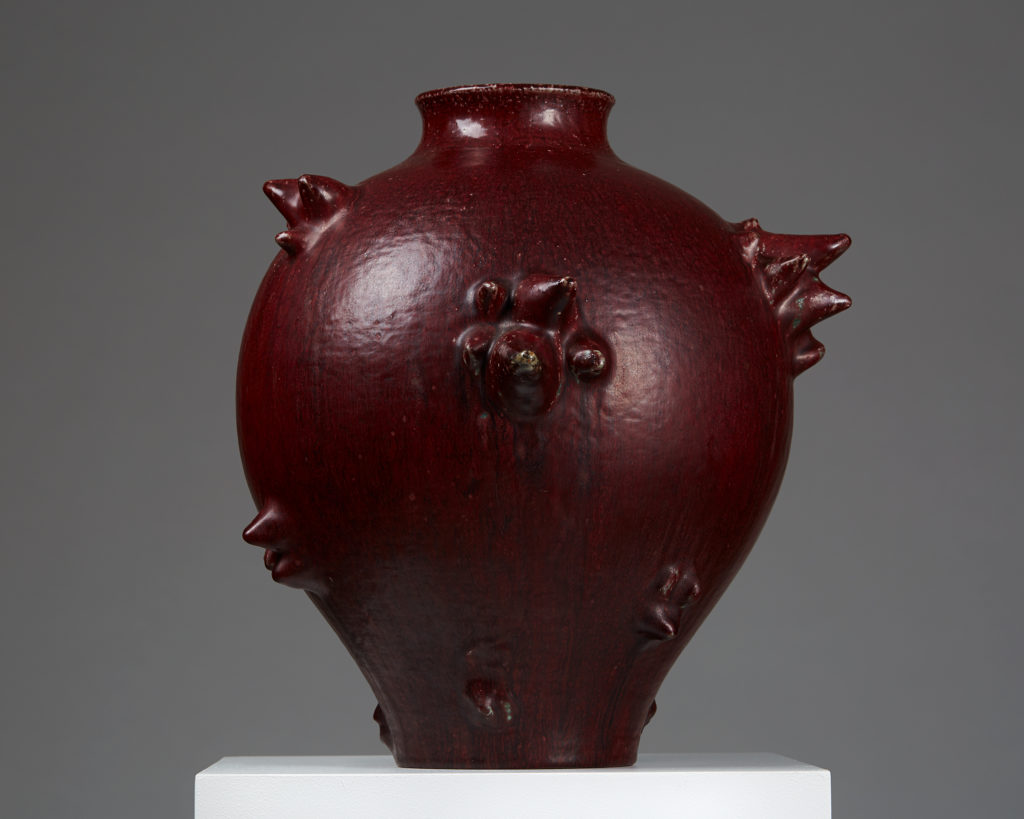 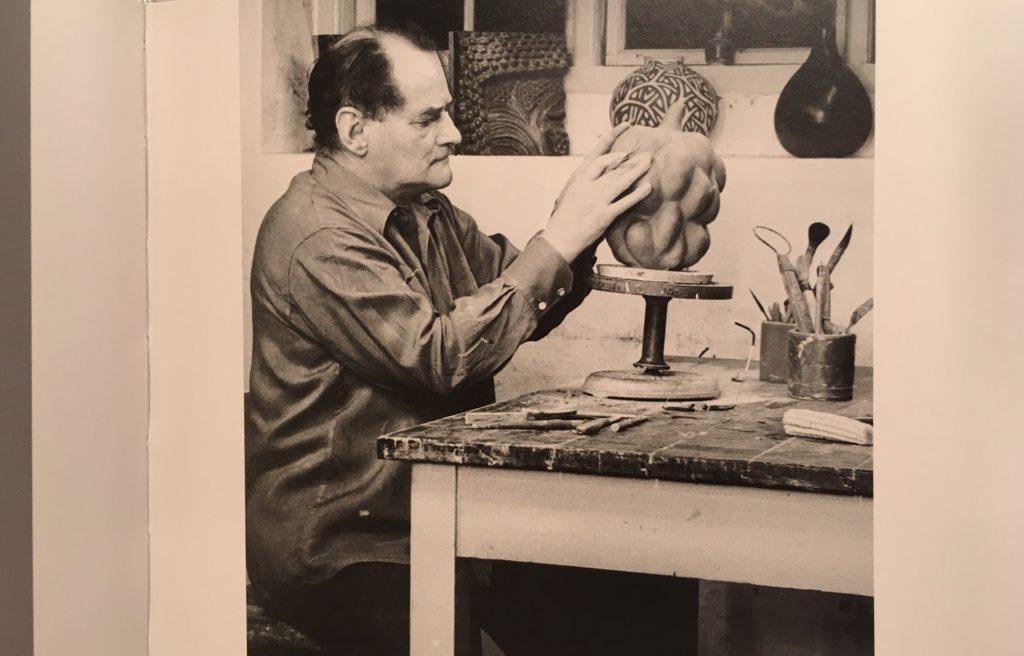 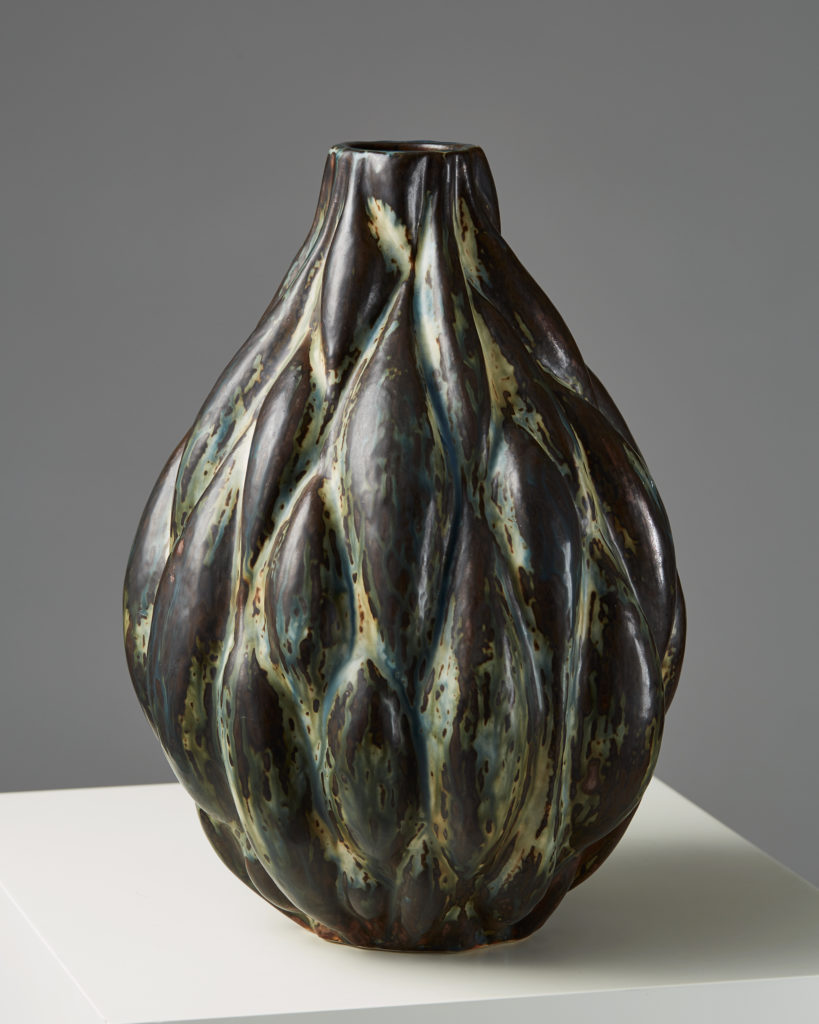 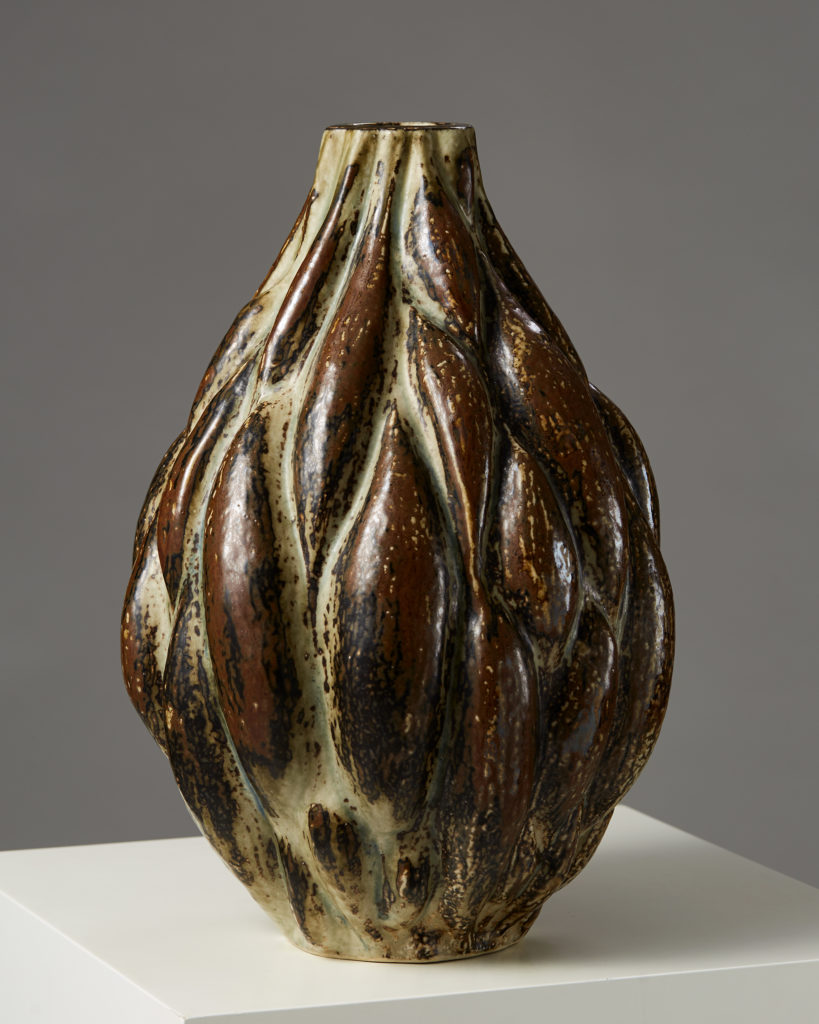 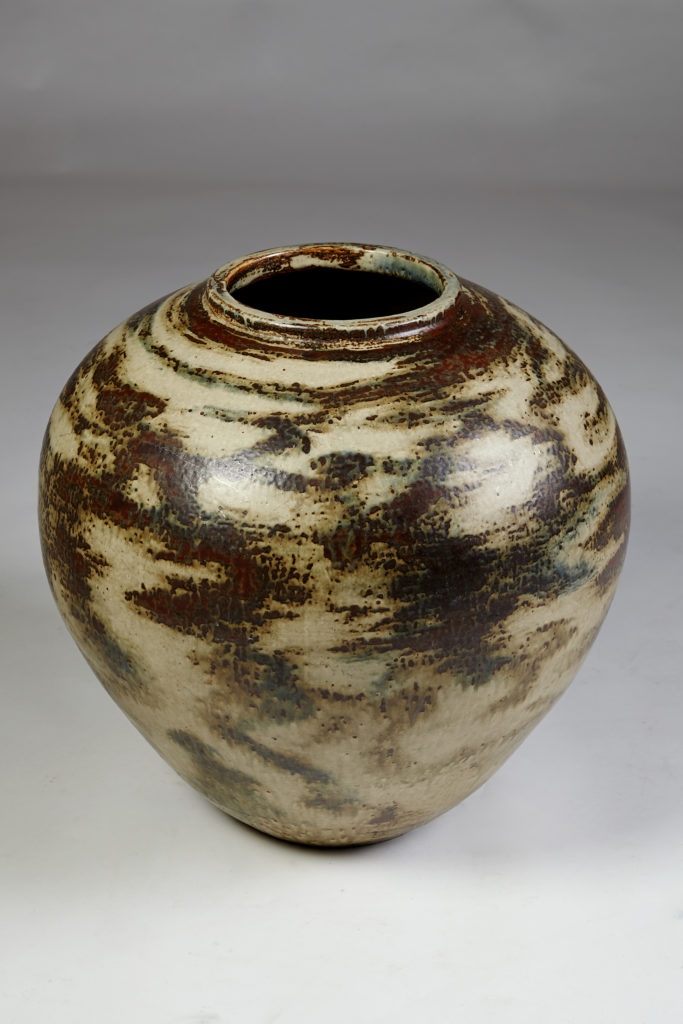