Married couple Isaac Pineus and Andrew Duncanson are the founders of the modern antiques company Modernity. Its range is made up of 20th century Scandinavian design and the company conducts profitable sales through its store, the new website and, above all, at international fairs. At the time of writing Modernity is exhibiting at the Collective Design Fair in New York.

How does it feel to exhibit Modernity at the Collective in New York?

AD: It's great! This is the third year running that we are exhibiting here. The Collective Design Fair coincides with the Frieze Art Fair, which means there are plenty of art and design enthusiasts in circulation in Manhattan. As always when we exhibit internationally, we are the only exhibitor from Sweden. We are the ambassadors of Scandinavian design.


Collective Design is a relatively new fair. What makes it stick out?

IP: Before the Collective, there was no proper design fair of any calibre in New York. Nothing to compare with Design Miami/Basel. In response, New York architect and interior designer Steven Learner took initiative and founded the Collective Design Fair. The result is a fair that conveys the feeling of being inside an art gallery with its white walls and the irregular shaped fair area. The stands too are larger than normal. We have 70 m2 at our disposal instead of the 45 m2 available at the PADs in London and Paris, for instance. Both the PADs and the Salon are seen as more traditional and orthodox fairs compared with the gallery-esque Collective Design Fair.


What pieces are you exhibiting at this year's Collective?

AD: We brought with us a highly unusual walnut dining group consisting of a table, chairs and armchairs by Danish designer Peder Moos. He is the most sculptural of the Danes and is unique in that he produced all his furniture himself. We also brought two unique easy chairs by Magnus Stephensen which are to die for, Märta Måås-Fjetterström's circular rug Röda rabatten (“Red rug”), a pair of Finn Juhl sofas and some pieces of furniture by Bruno Mathsson including an unusual Superellips table with a rosewood top on copper legs. At the rear of the stand there is a ramp or stage which is very practical for displaying unique pieces. Its current occupants include some vases by the Swedish ceramic artist Mårten Medbo.


How important is the exhibition stand, in other words, the packaging?

IP: Very important, essential. For the last five years we have been working with French set designer Émelie Bonaventure who designs our stands and has provided us with portable stand walls. We leave them at home when we exhibit in the US because of the cost and hassle involved, but we use them for fairs in Sweden and Europe. In London, Paris and the Antiques Fair in Älvsjö, we used Tadao Ando-style faux concrete walls hand-painted in a studio in Paris. The resulting contrasts between the warm wood colours of the furniture and the cold grey concrete are an unprecedented success. We also won the Best Stand award at the Nordic Antiques Fair 2014. Our stands are our trademark. They are brand-enhancing and create a strong recognition factor. Despite their varying appearance, they are instantly recognisable and we often overhear people remark: “Aha! A Modernity stand.”


You exhibit at several international fairs. Do you vary your range at all?

IP: We exhibit regularly at the Pavilion of Art & Design in Paris and London, the Salon and Collective in New York. And this being our forty-second fair appearance to date, we can safely say we have a good sense of what customers from different countries want. Americans generally demand "finish"; they like their antiques to be pristine and in mint condition, although the trend is slowly beginning to change. In Paris, tastes are leaning towards patina and there is demand for rustic pinewood furniture for the interiors of chalets.

AD: Of course there is always a strong sense of Modernity in each booth, however we adapt our booths to suit each market. Naurally it also depends on what we have in stock and how it all fits together. But yes, adaptation is sometimes necessary and when I purchase items of furniture I generally always keep the fairs in mind.

IP: We always bring the best. Exhibiting at a fair costs around SEK 700,000, which is why you need to bring expensive pieces with you – otherwise you make a loss.


How do you think the market has changed over the years?

IP: Interest in antiques has soared; look at the success of Antikrundan (Antiques Roadshow). We are doing our bit and are helping to cultivate an interest in Scandinavian design. One big difference for us is that our international customers today far outnumber our Swedish customers and have done so for many years. A film crew from the BBC was filming at our store on Sibyllegatan on Tuesday. They are doing a series on design.


How does the international market differ from the domestic market?


Which is the best channel for acquiring new items?

IP: Through private sellers and auctions. Andrew's job is to keep his finger on the pulse and he is actively on the job twenty-four seven. Sometimes even in the middle of a dinner he can suddenly disappear to place a bid…he never stops. Some of our customers come to us. It doesn't happen very often, but not so long ago an American flew over just to personally hand over an Aeroplan veneer dish by Tapio Wirkkala.


Do you have any personal favourites and do you share the same tastes?

AD: We both have our own favourites in different areas. Personally I love Carl Hörvik and Uno Åhrén. Most recently at the Antiques Fair in Älvsjö, we exhibited Hörvik's decorative cabinet and two chairs, which in my book is one of the crowning achievements of Swedish design. A few years ago we sold a Snäckan (Shell) chair by Uno Åhrén, which was exhibited for the first time at the Gothenburg Exhibition of 1923. That too is a wonderful piece. I am also very fond of Danish designer Peder Moos, whose furniture is rarely on public display. He followed his own path and is not so “typically Danish” or understated as his peers, but is a bit more rococo.

IP: I admire renowned Danish designers such as Finn Juhl, Hans J Wegner and Ib Kofoed Larsen, particularly the latter's extremely comfortable Elizabeth armchairs, named after the Queen of England who furnished the interior of the Royal Yacht Brittania with them. When the vessel decommissioned the Queen kept the chairs for herself – that's how much she liked them.


You have sold pieces to museums all over the world in recent years. What's the reason?

IP: We have many good, well-developed relationships with major museums the world over. They usually contact us. The MoMA in New York acquired an Arne Jacobsen Egg armchair with footstool and Hans J Wegner's Flag Halyard from us. We have also sold items to the Cooper Hewitt Design Museum in New York, Los Angeles County Museum, Corning Glass Museum, Wolfsonian Museum in Florida, not to mention the Swedish National Museum of Fine Arts in Stockholm (Nationalmuseum). Our most recent sale was an epoch-making Torun Bülow Hübe necklace from her very early production.
Necklace by Torun Bülow Hübe, sold by Modernity to the Swedish National Museum of Fine Arts in Stockholm.


How long will the Scandinavian design trend last?

AD: I wouldn't call it a trend. It's much more than that. Interest in Scandinavian design is more of a philosophy or movement. Trends come and go. The sheepskin clad furniture that has been on sale for the last few years is one example of a trend that will eventually give way to another.


How do you divide up the work between you?

IP: Andrew does the buying and selling: His expertise, eye for quality and instinct for making the right choice are the foundation of our company. I handle the everyday running of the company and would describe myself as an entrepreneur with his finger on the pulse. Maria Wermelin looks after the store and handles the logistics and the day-to-day tasks. These are good times for running your own business. We are very satisfied with our sales and financial result.


How do you feel about so much Scandinavian design being sold abroad?

IP: Our doors are always open, all customers are welcome. Swedes buy a certain amount, but the best pieces often go abroad. If the Swedish public is insufficiently appreciative of design there is not a lot we can do. But you should remember that we acquire a lot of Scandinavian pieces abroad and sell them in Sweden, while most of the furniture that we sell is Danish. The Danes themselves, on the other hand, rarely buy anything.


How would you describe Modernity?

IP: We like to see ourselves as an international company that happens to be based in Stockholm. We have decided to forego the Nordic Antiques Fair next year in order to take part in smaller, more excusive events such as c/o Stockholm which we arranged during the Stockholm Art Week. We joined five other galleries and art and antique dealers and arranged an exhibition of top-class art, antiques and design inside a palace on Västra Trädgårdsgatan in April. It was a successful genre mix and exactly the kind of direction we want to go in.


Any dream acquisitions for your own home?

AD: Our best finds nearly always go to the company, but new dining room furniture, a sideboard and a replacement for our old Vico Magistretti “Maralunga” sofa are on my wish list.


How do you like to spend a free Sunday?

AD: The children have their activities, otherwise we nearly always leave the city and head into the countryside. We like to visit Skansen and Djurgården and if we have more time, we visit our summer house in Fjällbacka. 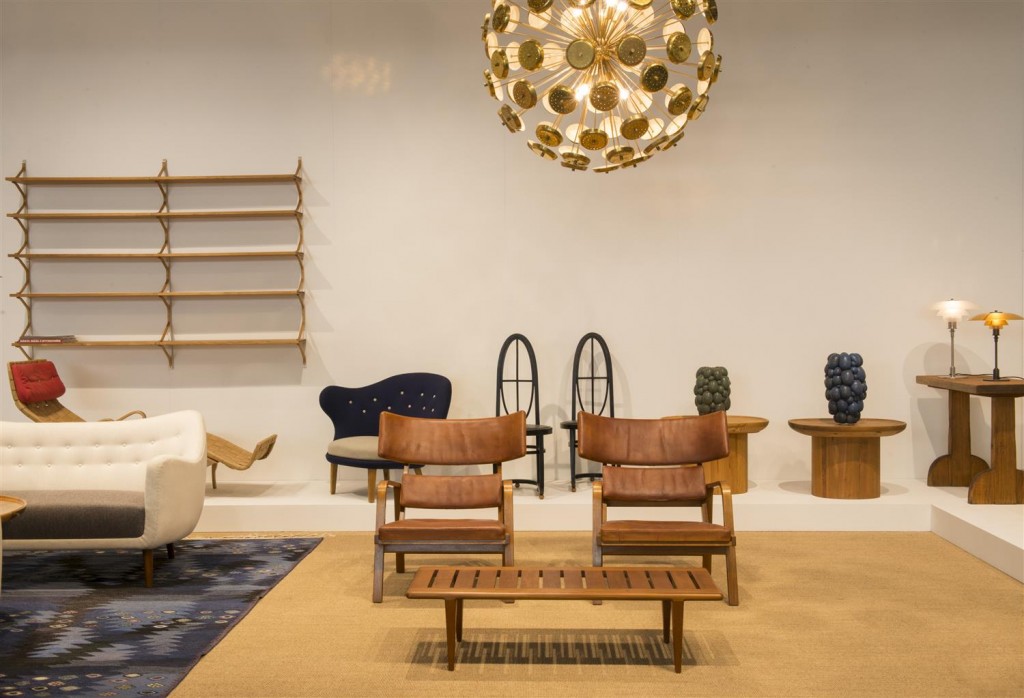 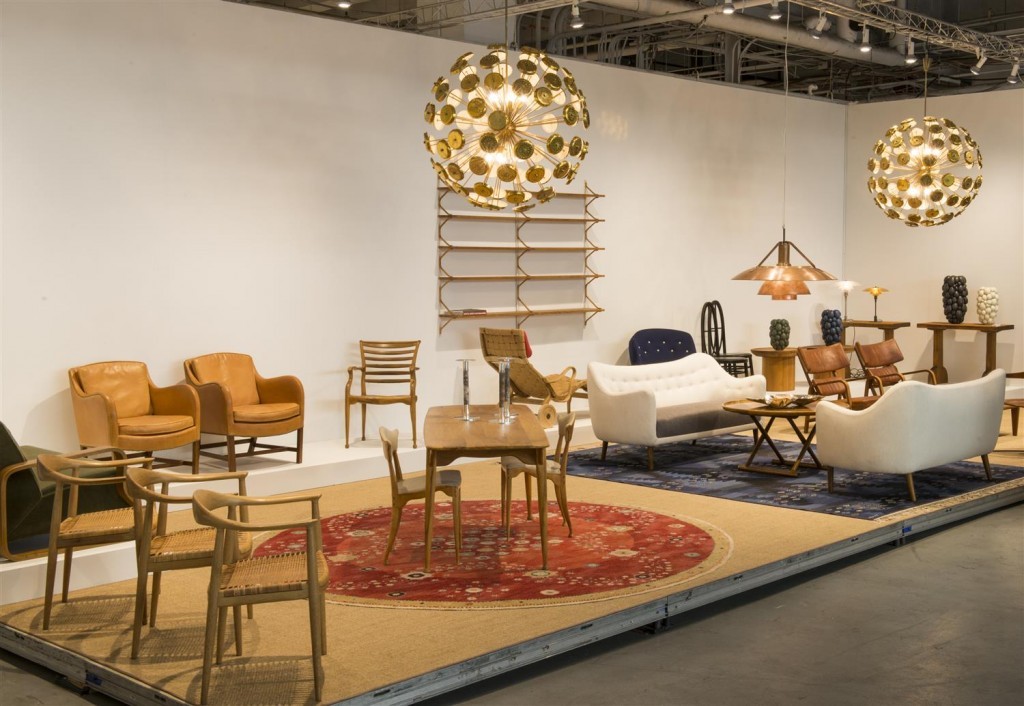 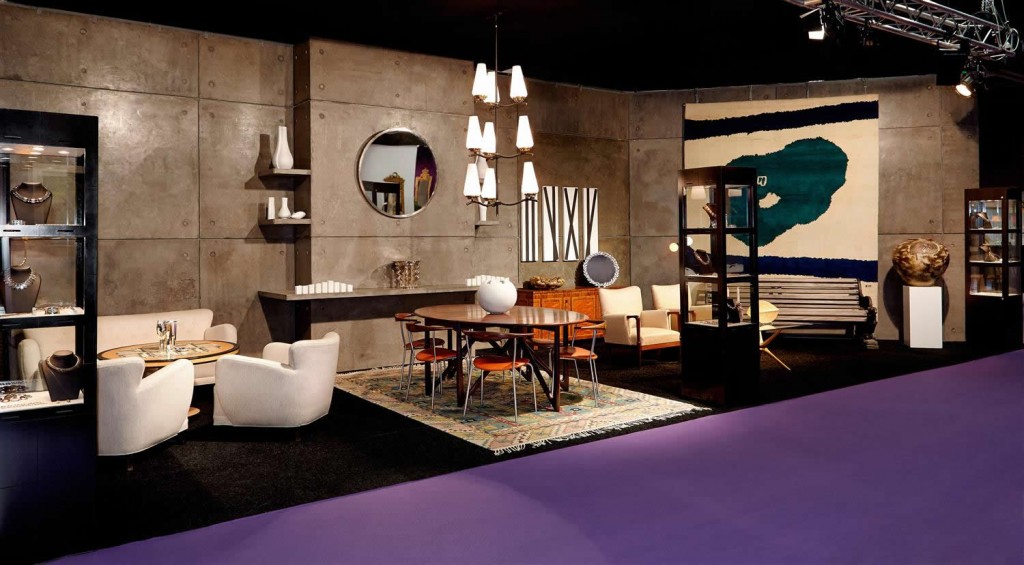