Menu
Modernity will exhibit at the Salon Art + Design fair at the Park Avenue Armory in New York, November 13th to 16th, where we will showcase prime 20th Century designs by Scandinavian masters. At this year's fair we will present a variety of furniture pieces by the celebrated Scandinavian designers Finn Juhl, Ib Kofoed Larsen, Poul Henningsen, Poul Kjaerholm and Axel Einar Hjorth, etc.

We are especially proud to present a rare set of two armchairs and a sofa by the Danish master Finn Juhl called NV45. This particular set is made in rosewood which is the rare version of this model.

We have over the years come to specialize on the lighting master Poul Henningsen’s various table and ceiling lamps. The pieces that we carry are always from the very first years of production, and this year we have several rare lamps from his first edition 1926.

Alongside the furniture pieces, we will also show a selection of Märta Måås-Fjetterström rugs, among those the round red “Flowerbed” from 1944, only made in an edition of four.

This year we will for the first time exhibit sterling corpus pieces by the renowned Danish artist Carsten From Andersen. 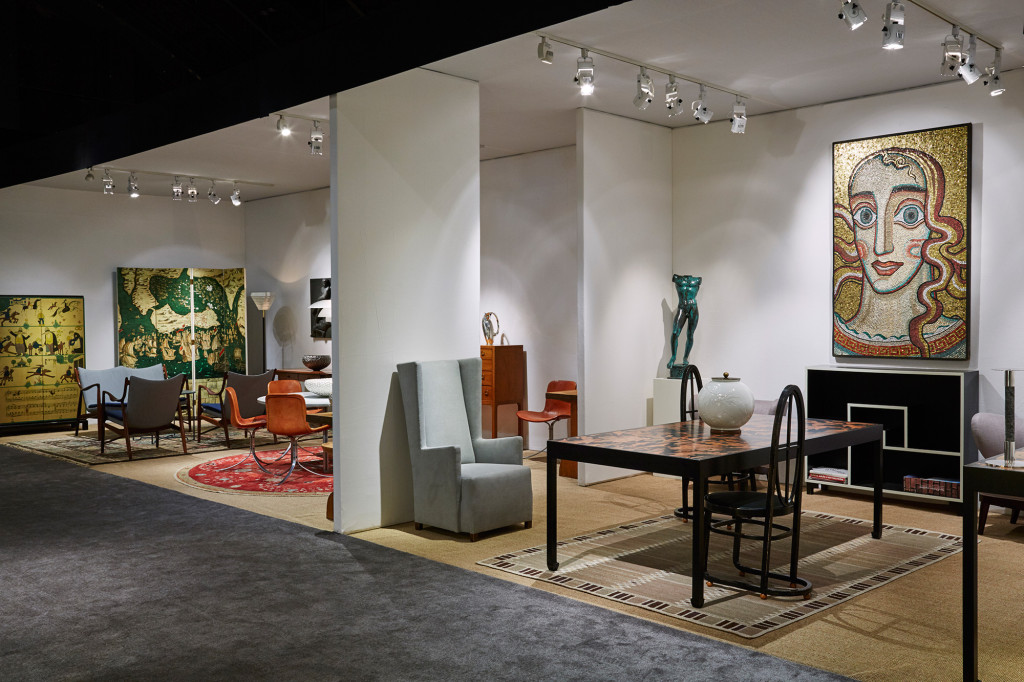 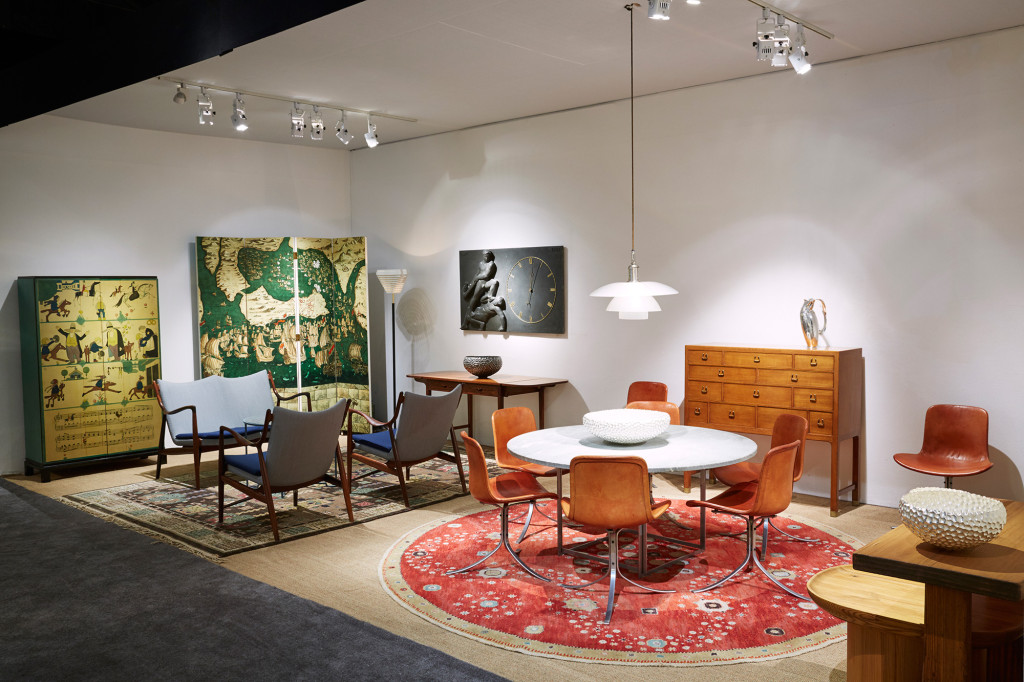 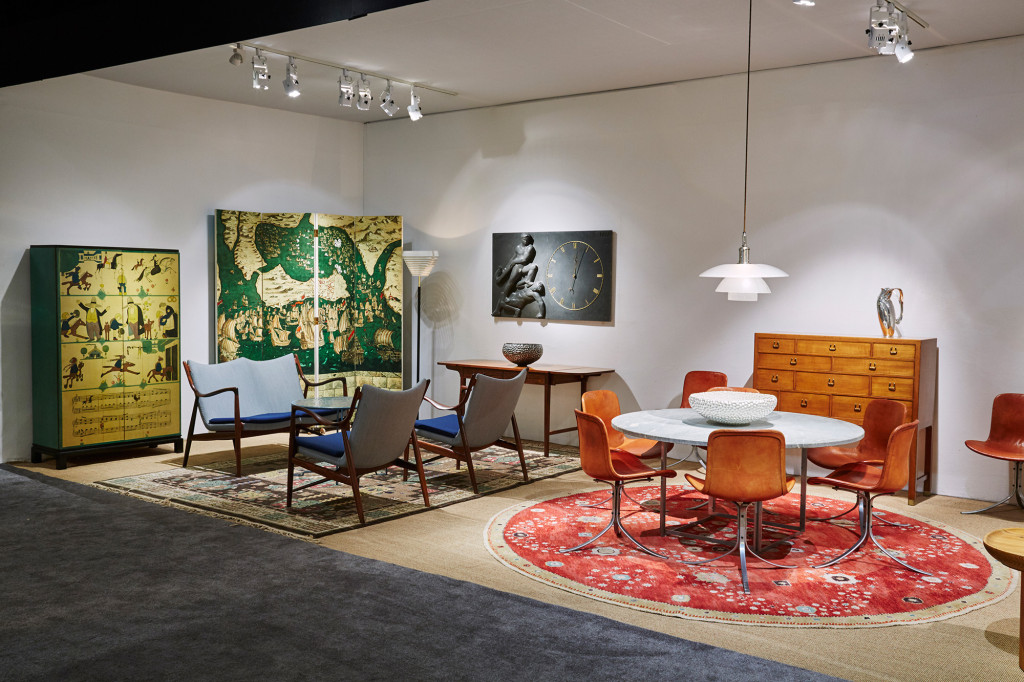 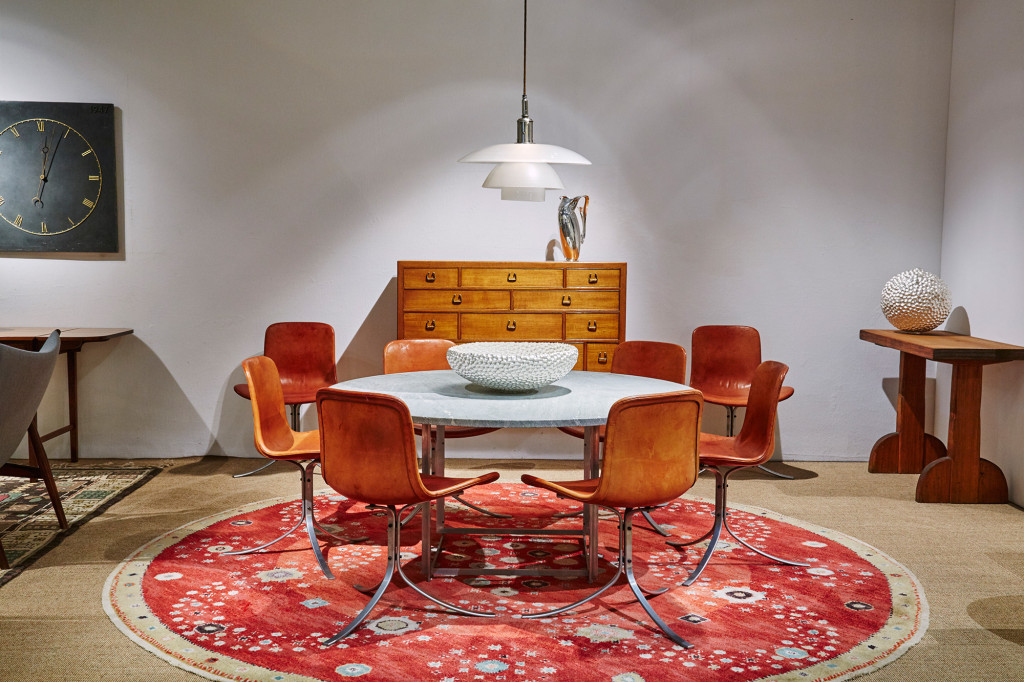 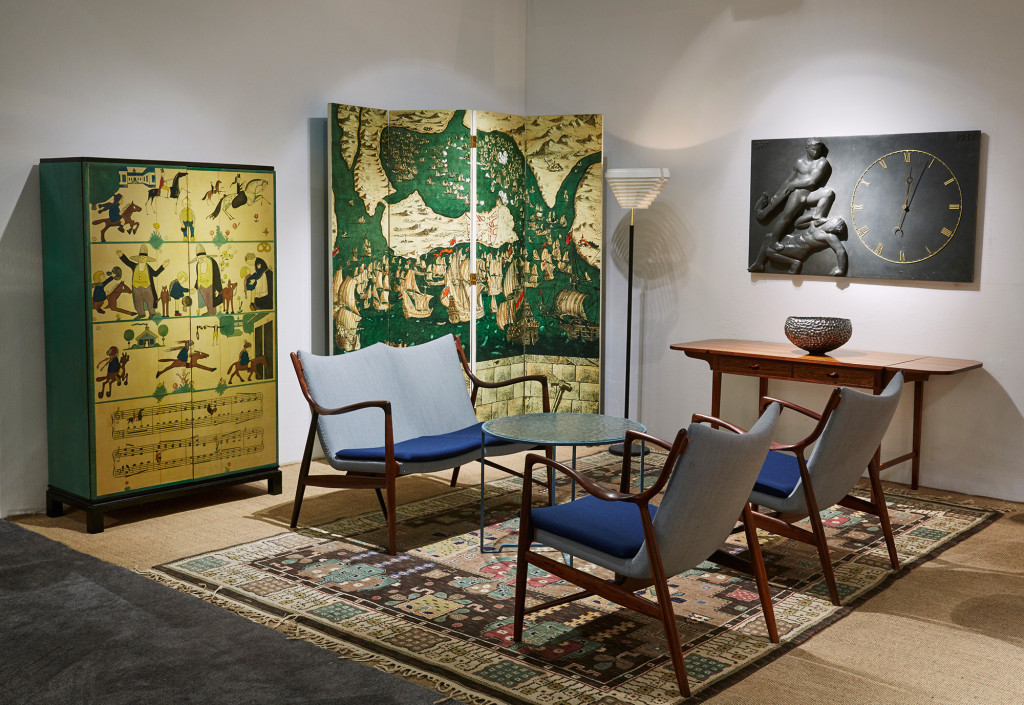 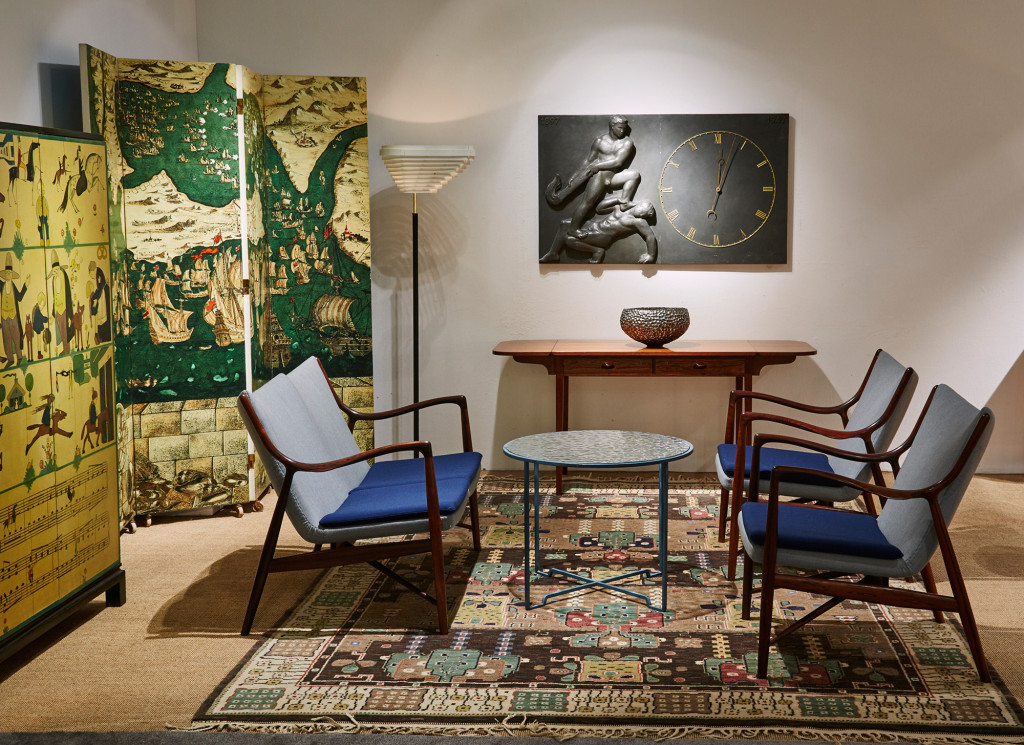 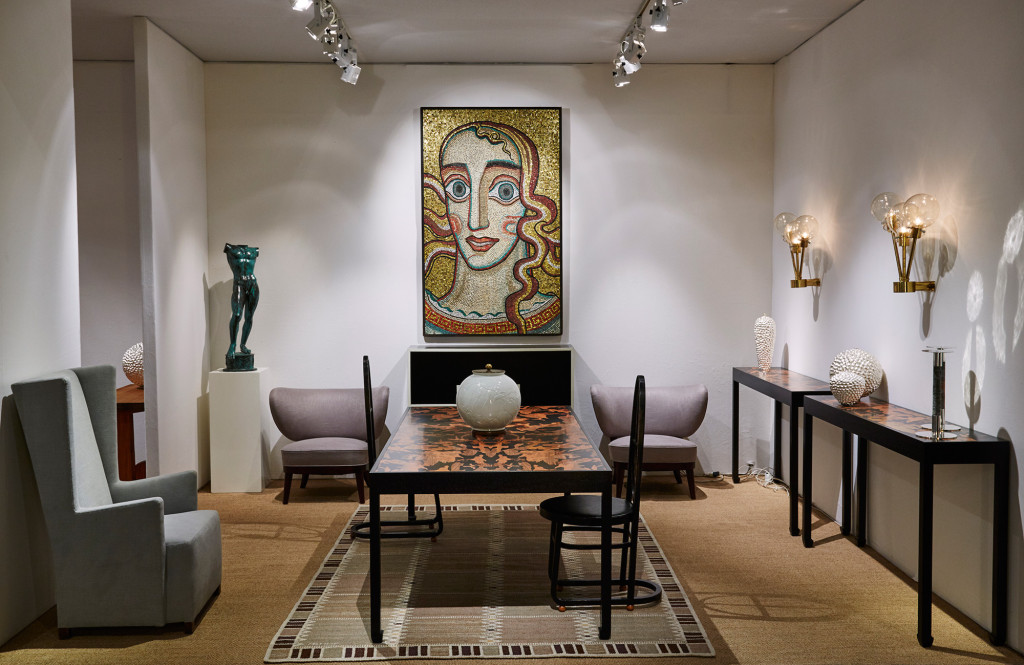 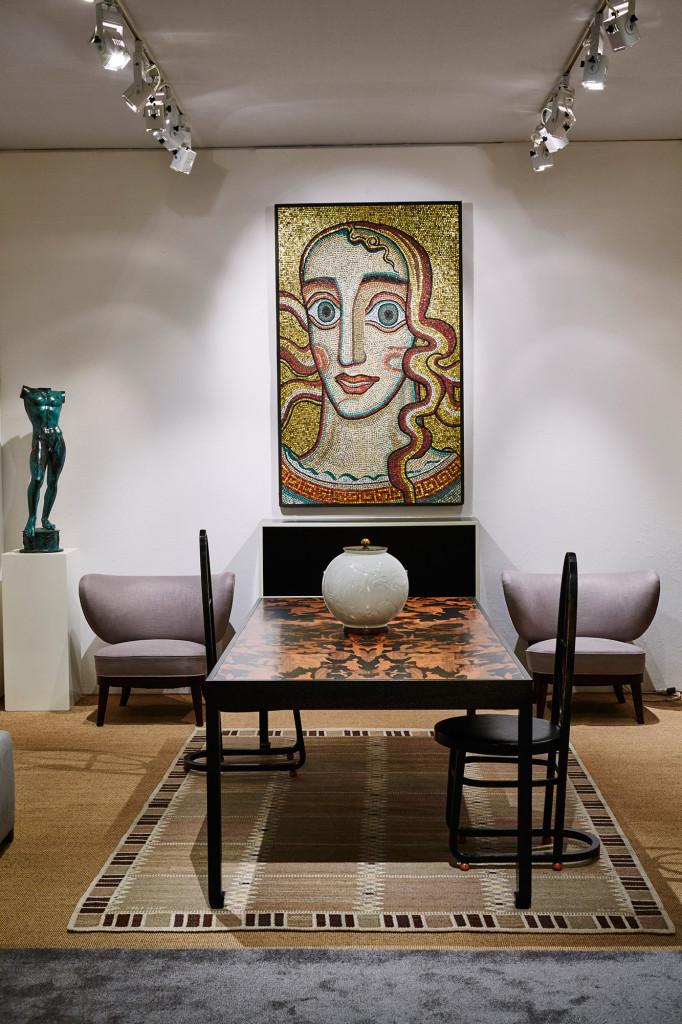 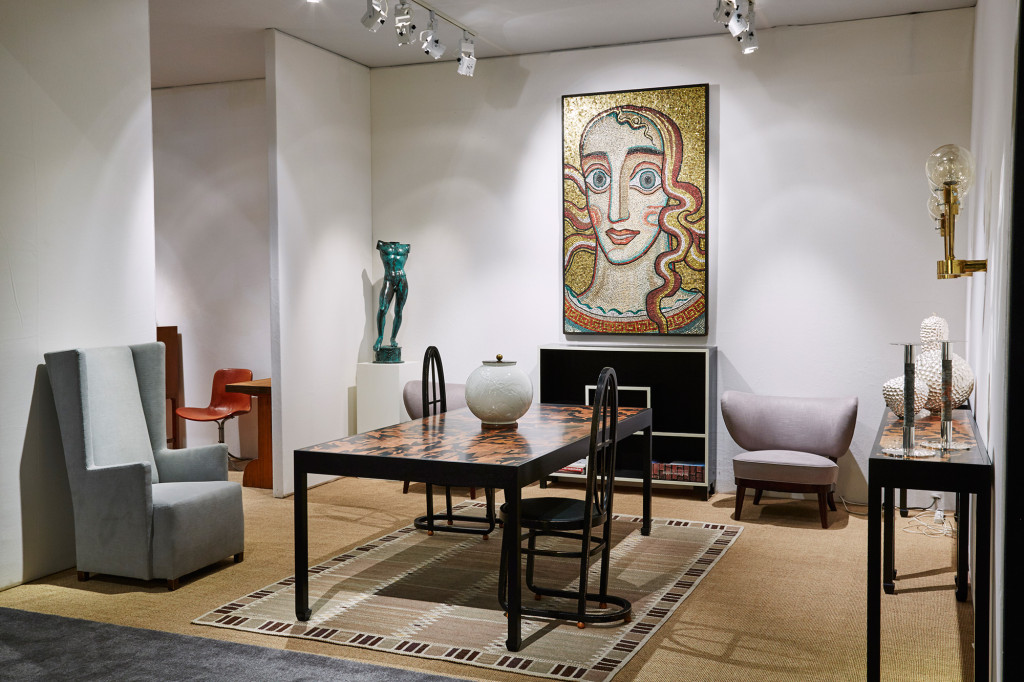