Menu
The Swedish National Museum has purchased the unique cabinet and armchairs by Carl Hörvik for the Swedish pavilion at the Paris World Exhibition in 1925. The set will be exhibited in the permanent collection once the museum is re-opened.

Modernity has exhibited the piece at several prestigious international fairs during 2014 in Paris, New York and London, and the interest was overwhelming, from museum curators to generally interested visitors. The set of furniture won the best object at the PAD Paris fair in 2014 and the jury consisted of amongst others, Jean-Jacques Aillagon, former minister of culture and also former director of Chateaux Versailles, Guy Cogeval, director for Musée d’Orsay together with the distinguished interior designers Jacques Granges, Caroline Sarkozy and Pierre Yovanovitch.

- This was of course a very exciting day, and I am glad that the furniture once again received a prestigious prize, as it had won the Grand Prix prize in 1925 at the World Exhibtion, says Andrew Duncanson

A Swedish journalist based in Paris wrote a story for the local newspaper Kvällsposten in Sweden about the award, the history of the furniture and about the architect and designer Carl Hörvik. Another local newspaper picked up on the story and wrote an extensive piece about Carl Hörvik and his legacy. The town where he came from, Hörvik, in the county of Blekinge in the south of Sweden read the article and re-named a square in the town after Carl Hörvik.

You may find more information about the cabinet and two armchairs on the following links. 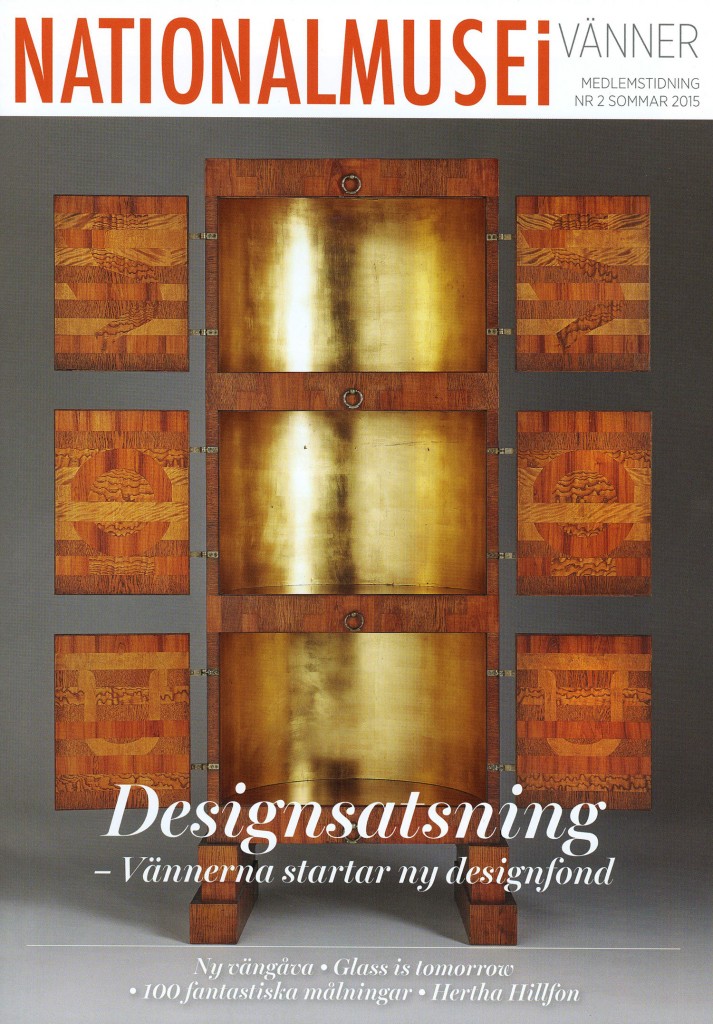