This example was woven after 1941.

Märta Måås-Fjetterström designed this rug titled ‘Green Meadow’ (Swedish: Grön Äng) in 1928. The shape of the abstract flowers is recognisable in several MMF rugs, but the colour combinations in which these were realised are particularly compelling. This example was woven after 1941, known because of the signature MMF AB used after the textile artist’s death.

Märta Måås-Fjetterström (1873 – 1941) was Sweden’s leading textile artist in the early 20th century. Today, she is internationally celebrated for the decorative rugs she created from the 1910s to the 1930s. Her works merge rural Nordic traditions with modernist trends in an unparalleled way; they are exhibited in various international museums, including New York's Metropolitan Museum of Art and London's Victoria and Albert Museum. 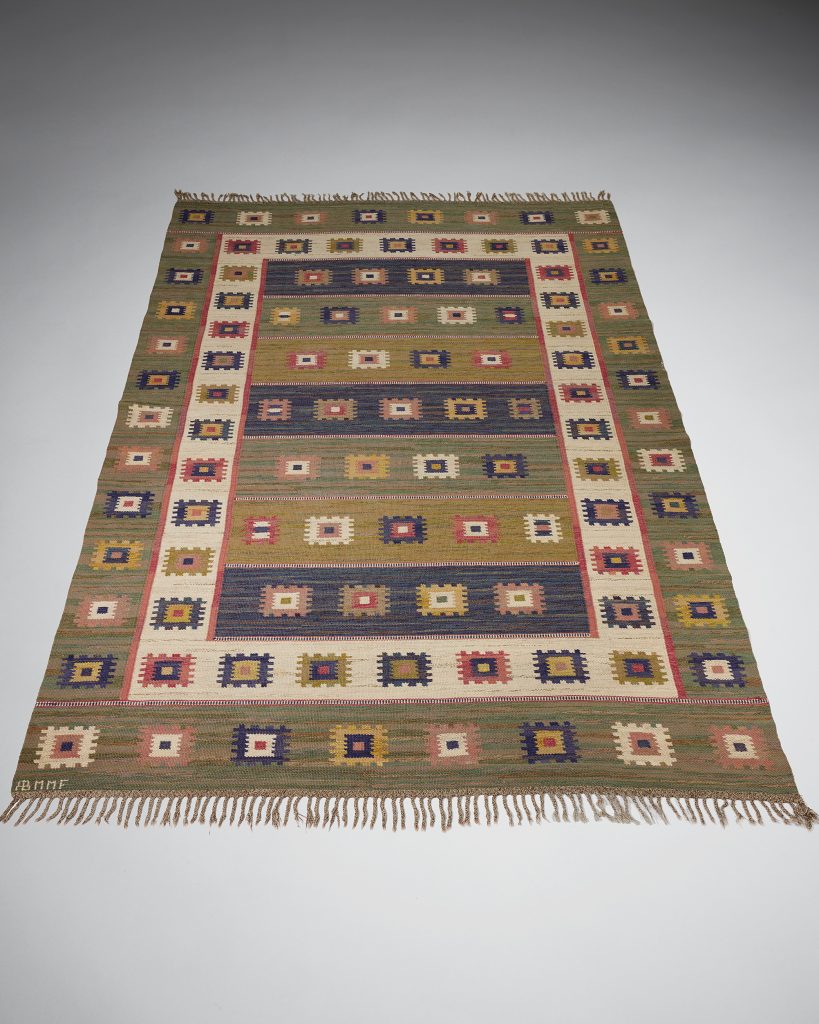 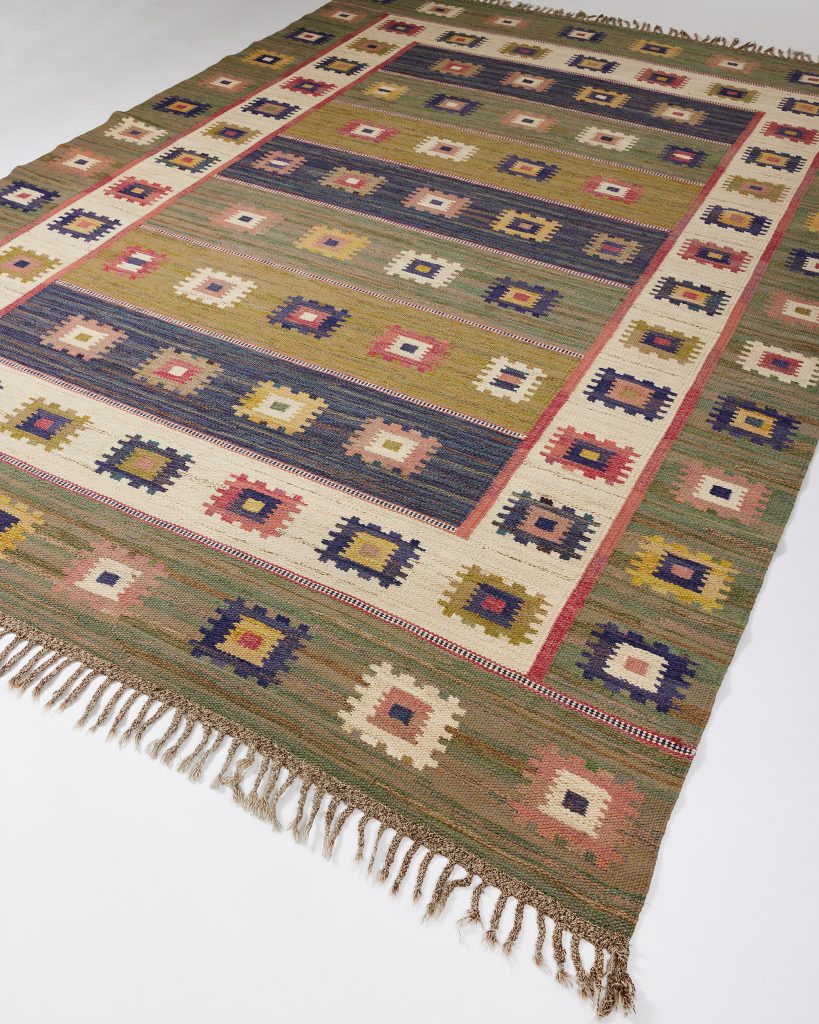 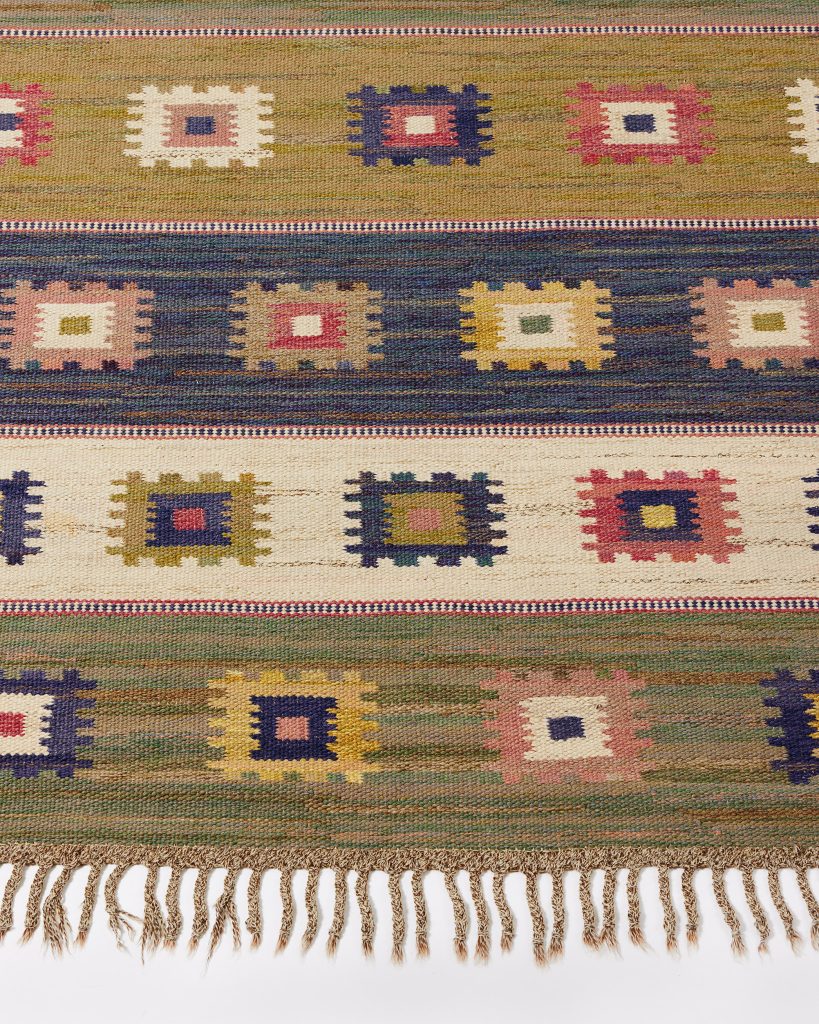 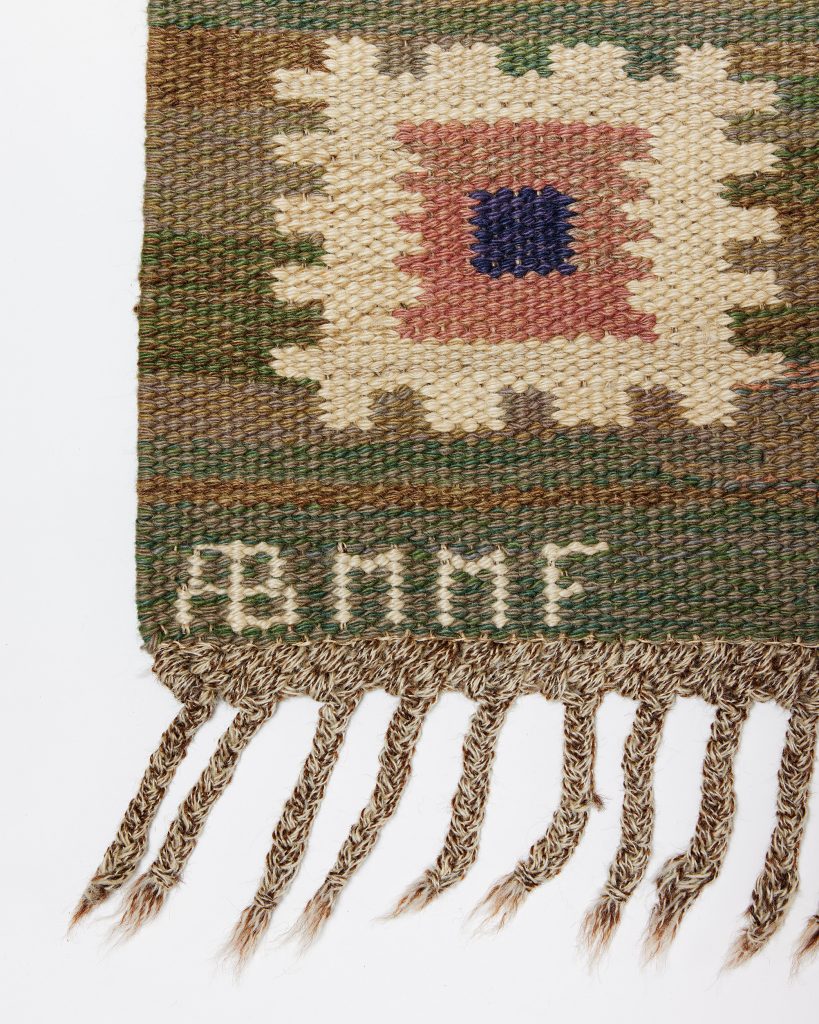