The clean lines of Ib Kofod-Larsen’s model FA 66 in rosewood make it a notable Scandinavian mid-century collectable. Remarkably, it appears as if the elegant body balances on a separate cradle, but the base is in fact attached. Combining functionality with sophistication, the piece has four drawers and doors, each with concealed handles. Behind the first door are five beautifully made sliding drawers with visible mortise and tenon joints.

The Danish designer Ib Kofod-Larsen frequently worked with high-quality woods such as rosewood, emphasising material and surface. He was one of the most influential furniture designers of his time; his designs, most famously the “Elizabeth” chair, are regarded as 20th-century design classics. This sideboard was produced by the Danish furniture company Faarup, who became known for realising Kofod-Larsen’s designs. 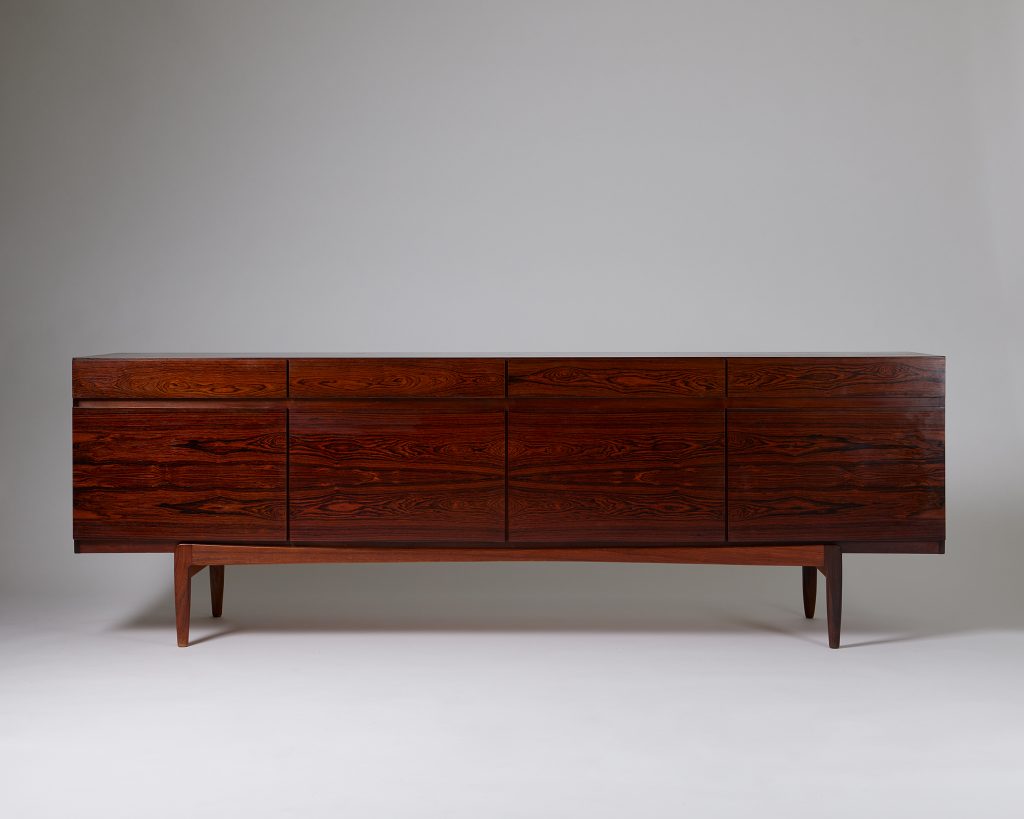 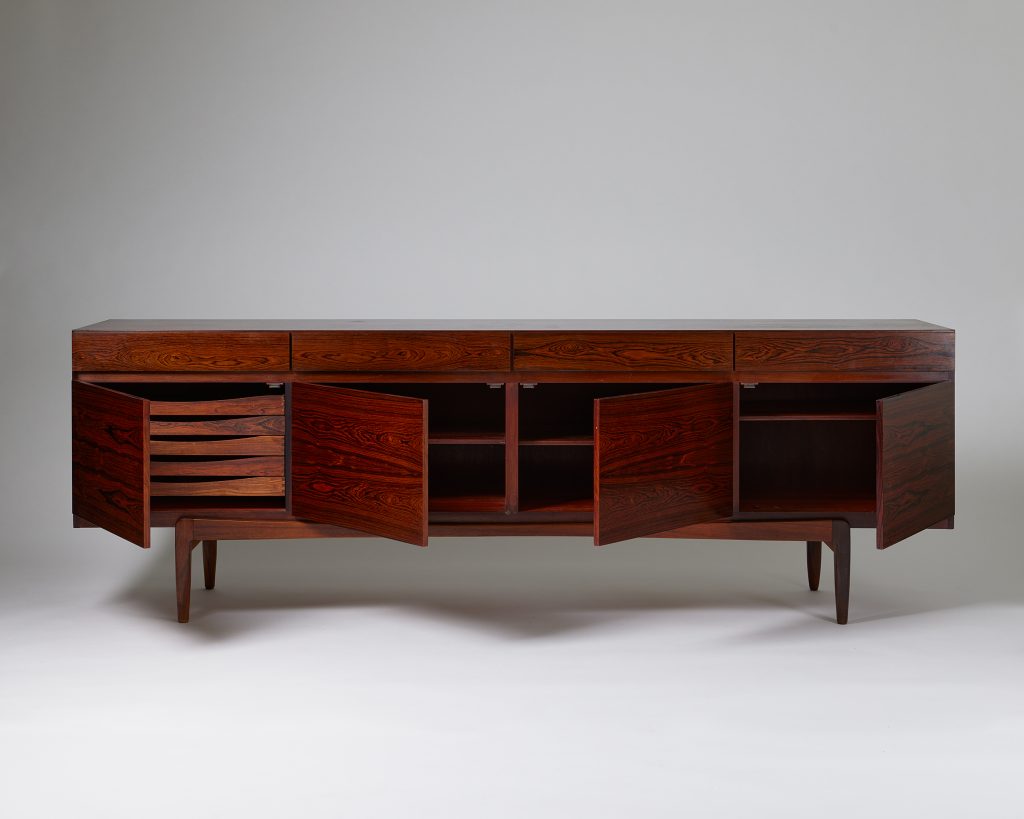 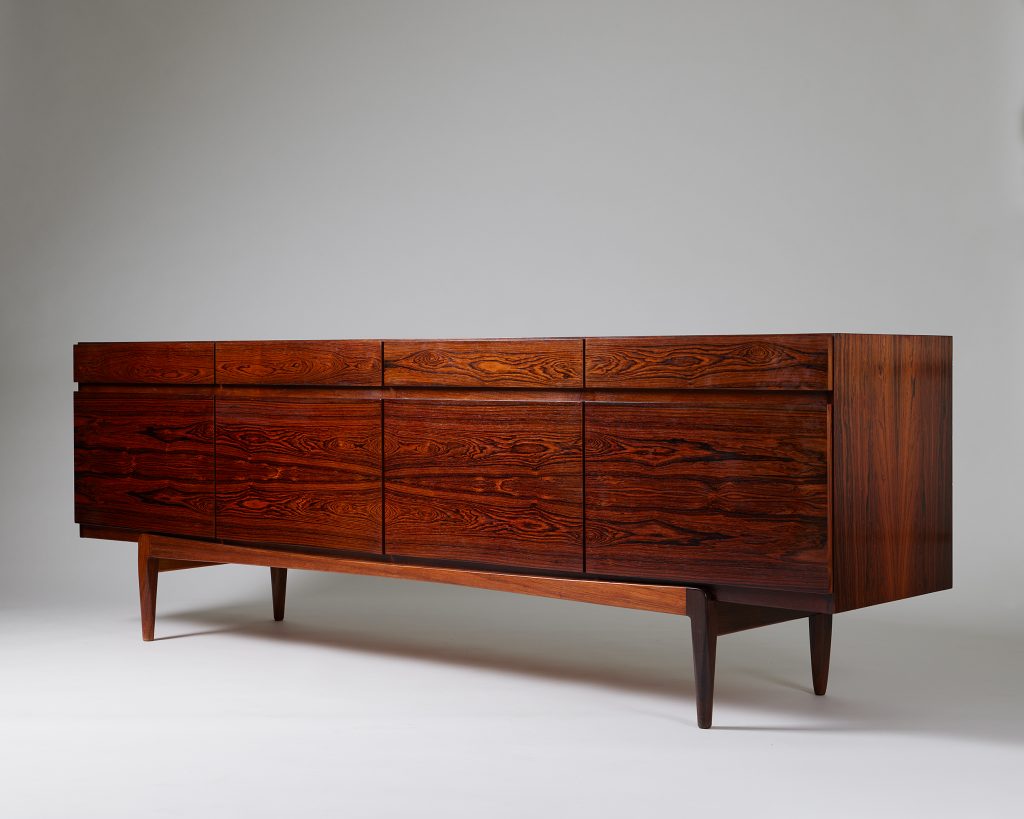 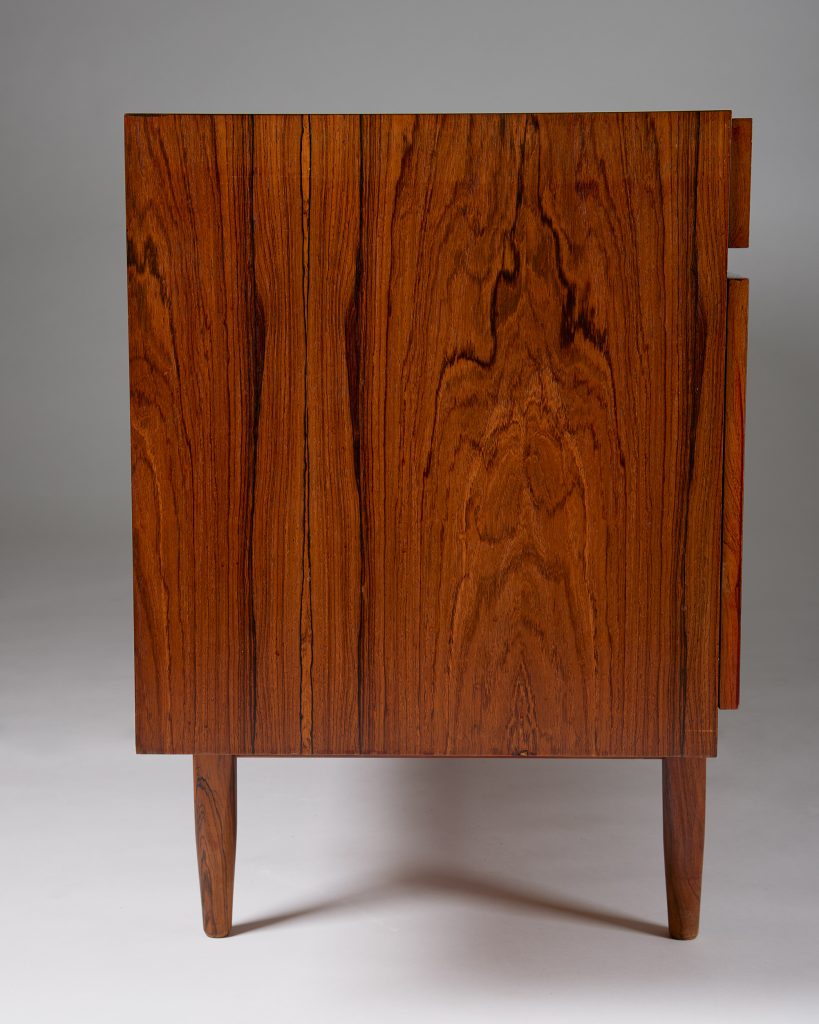 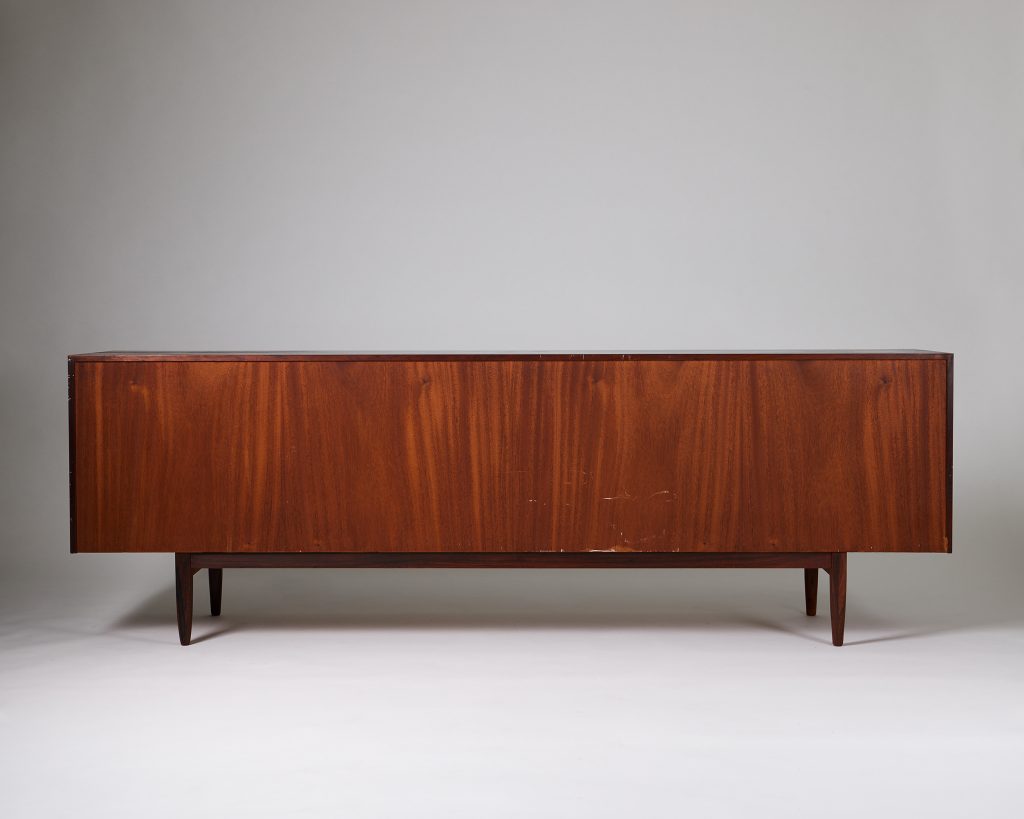 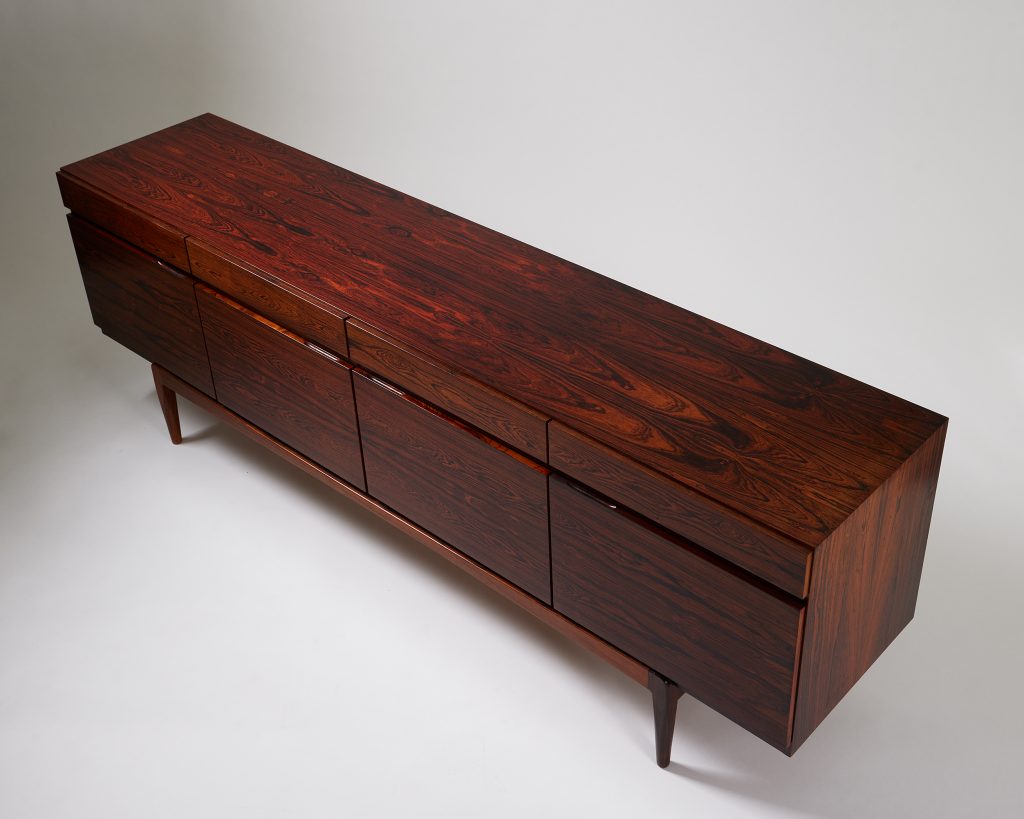 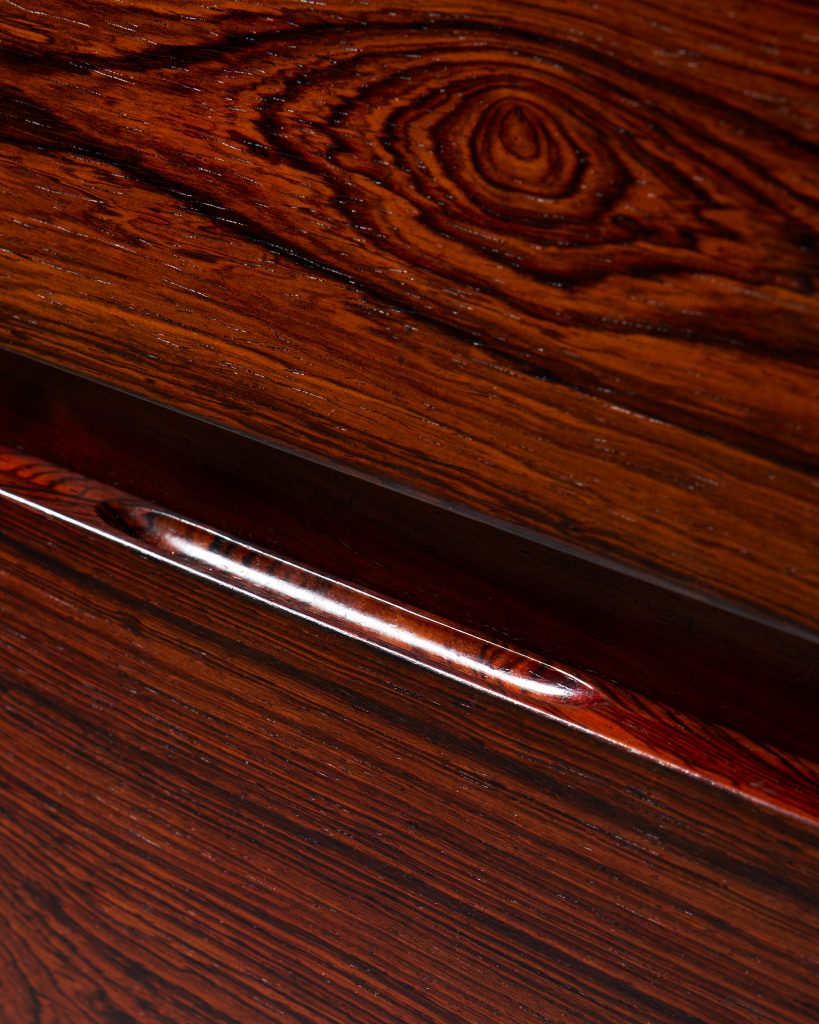 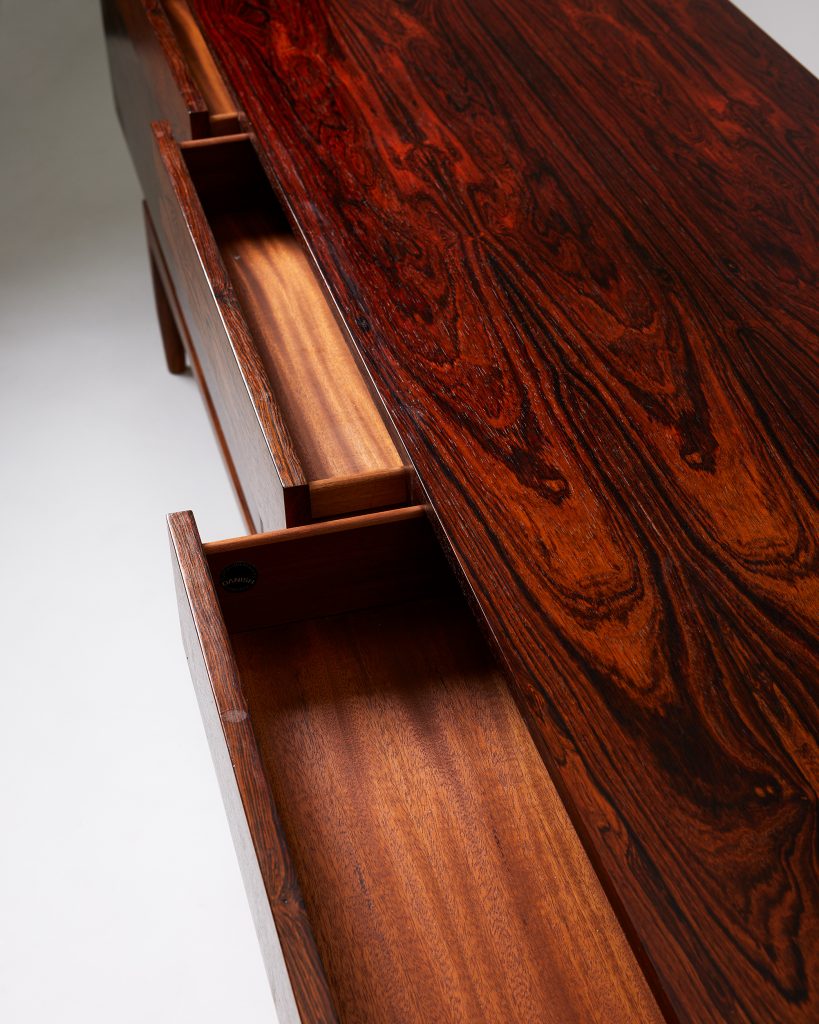