Provenance: Commissioned by Erik Söderberg in 1929.

Exquisite inlays of exotic woods and a flowing shape characterise this Swedish Grace sofa from 1929. Carl Malmsten designed the piece on commission, making it unique.

The classical marquetry with stylised garlands, foliage, and geometric patterns is typical of the Swedish Grace period. The shape of the sofa, particularly the curvature of the frame, is particularly Swedish and brings to mind the Gustavian style’s “baljsoffa”.

The contrast between a stripped-down formal aesthetic and rich, ornamental details is precisely what defined furniture making in Sweden during the 1920s and 1930s. Carl Malmsten took a stand against the sterile varieties of functionalism that came with industry. It was not until after the war that he started combining handicraft and industry in his work.

Carl Malmsten was a Swedish furniture designer, interior designer, and educator known for his devotion to traditional Swedish craftsmanship. He famously designed the interior of the Swedish suite at the Waldorf Astoria in New York in 1930 and presented his furniture and furnishings at the New York World Fair in 1939. 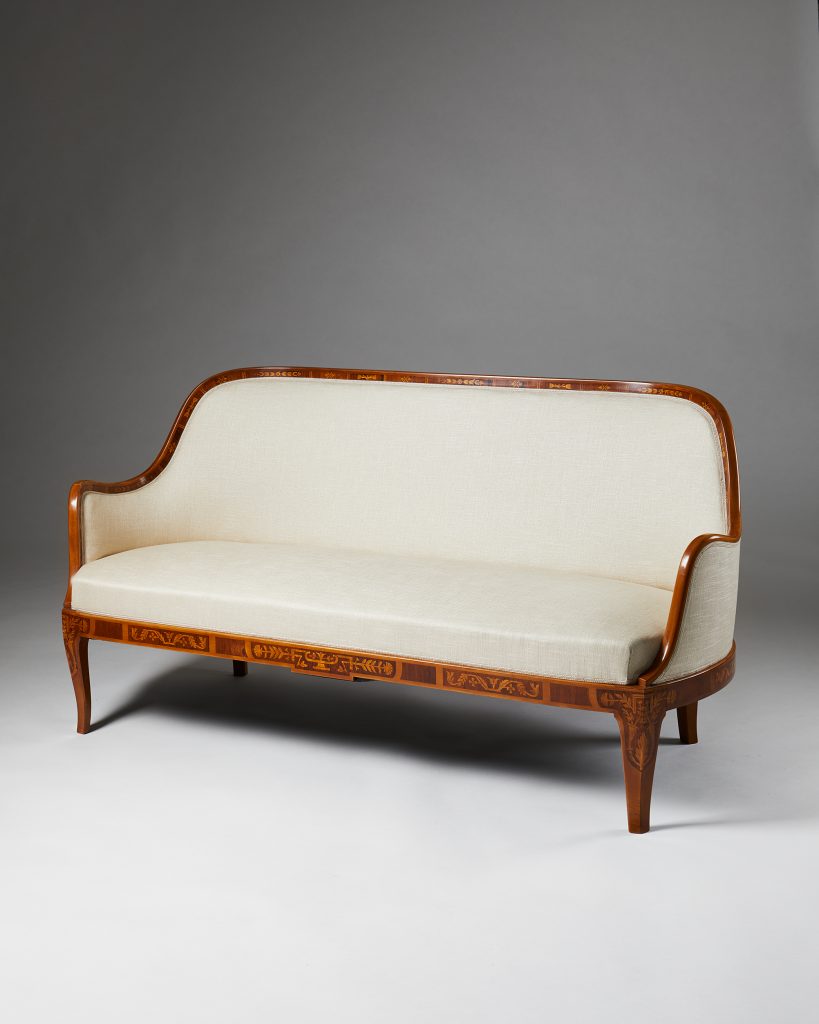 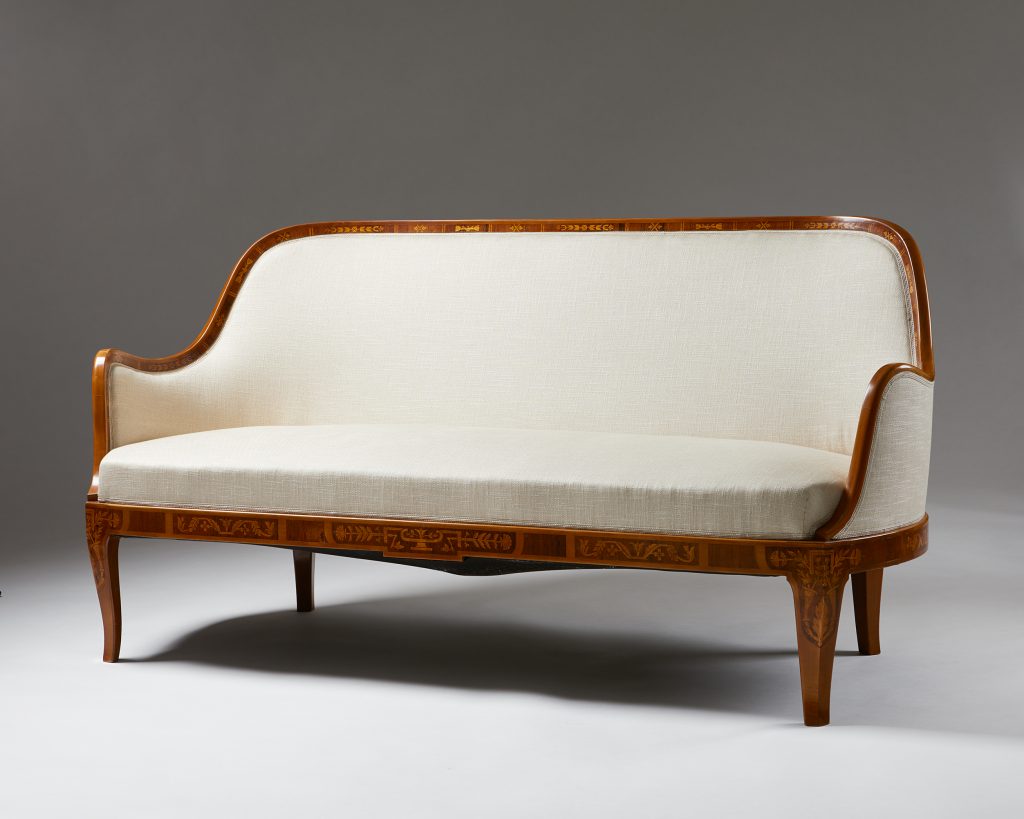 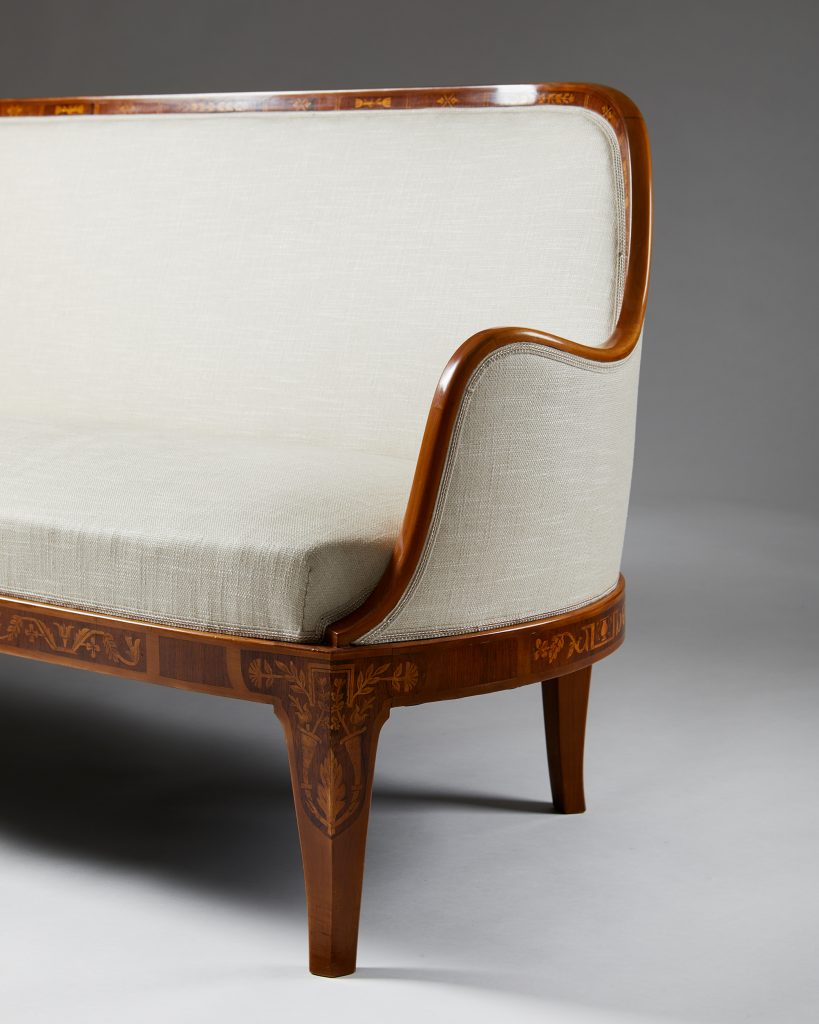 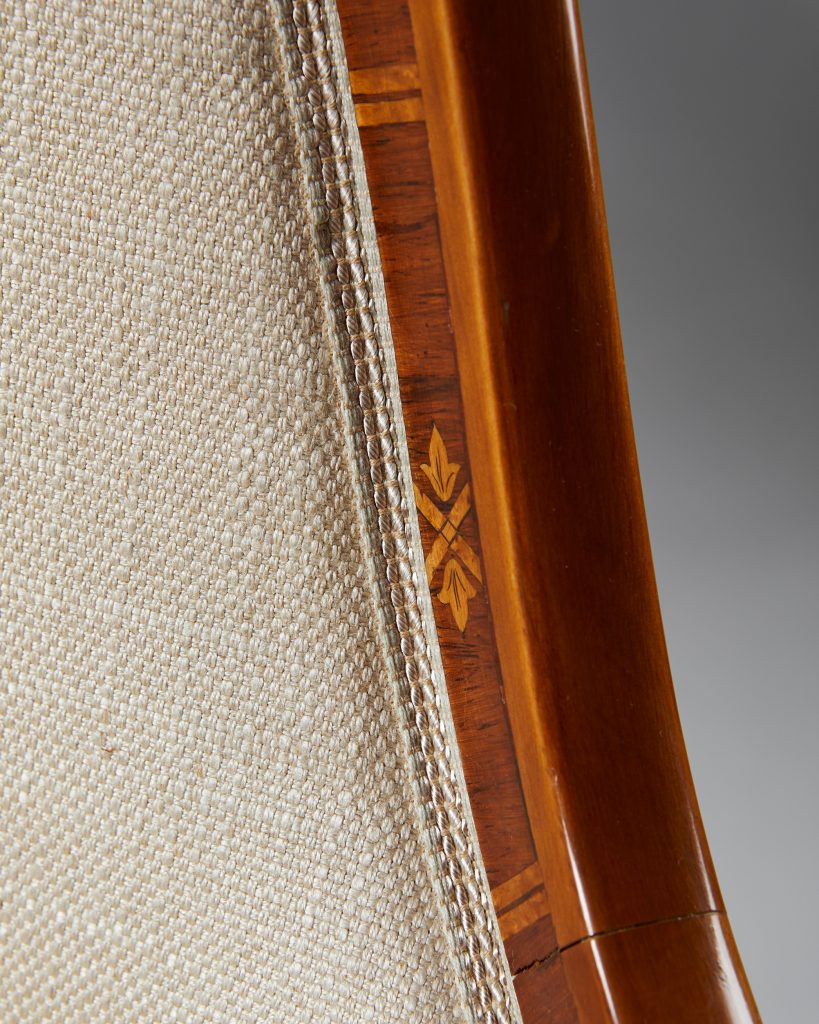 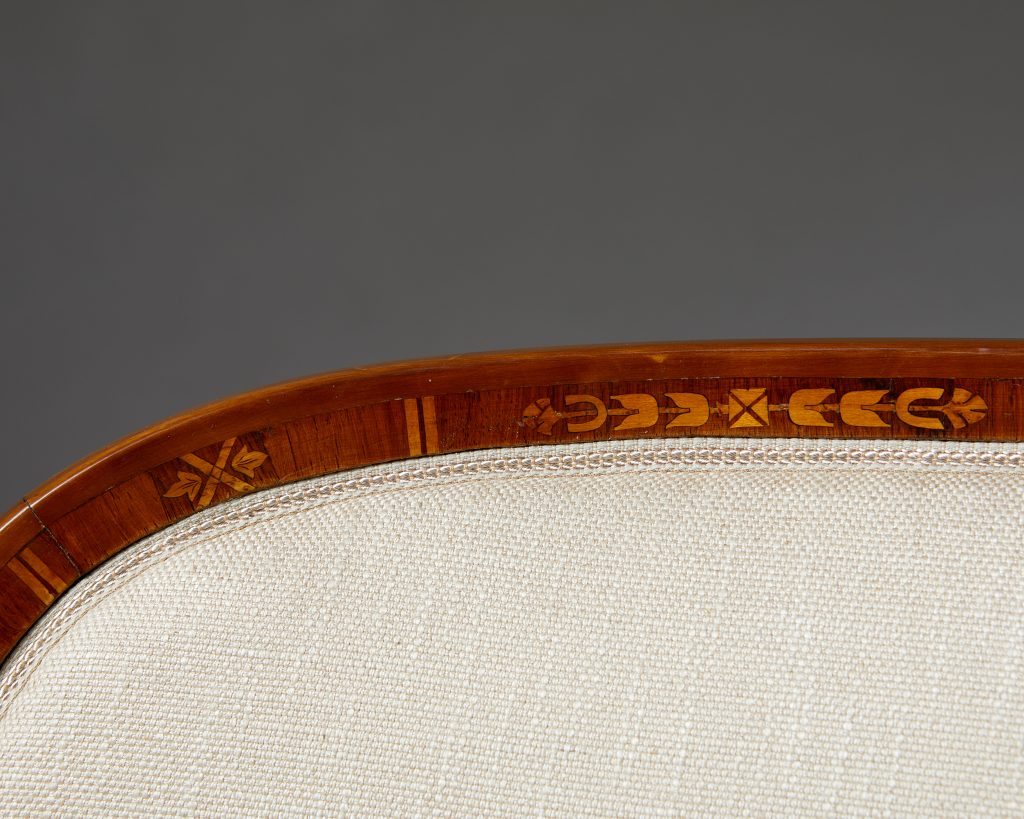 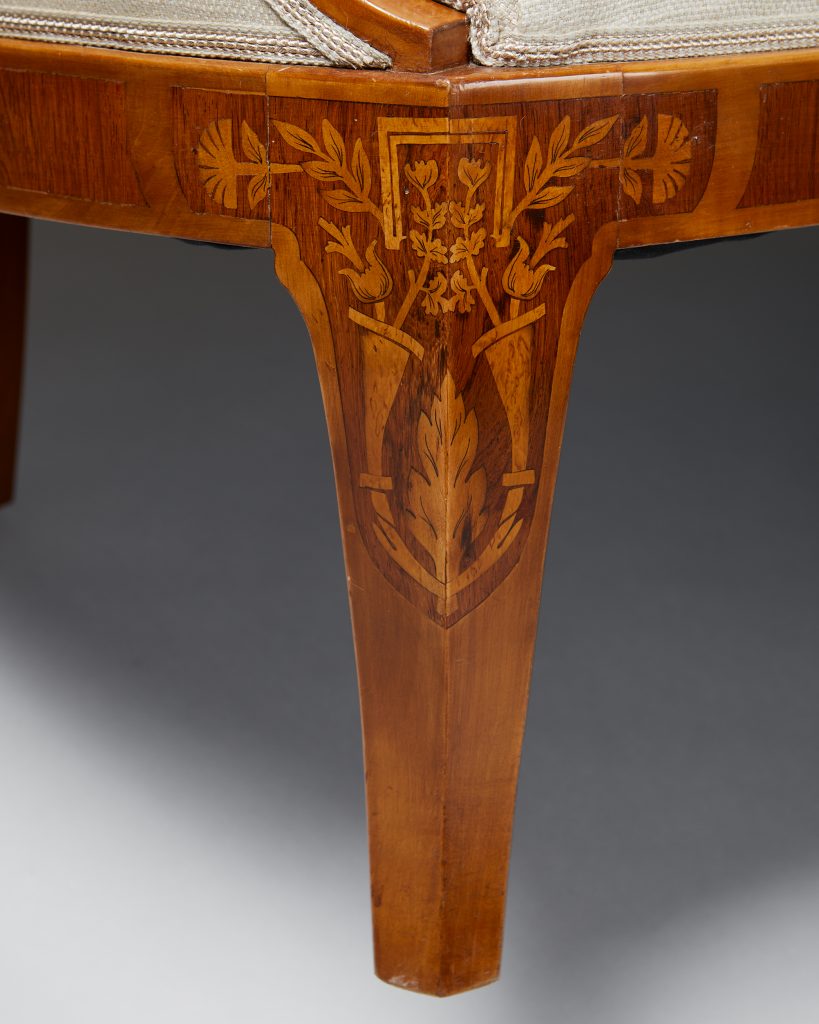 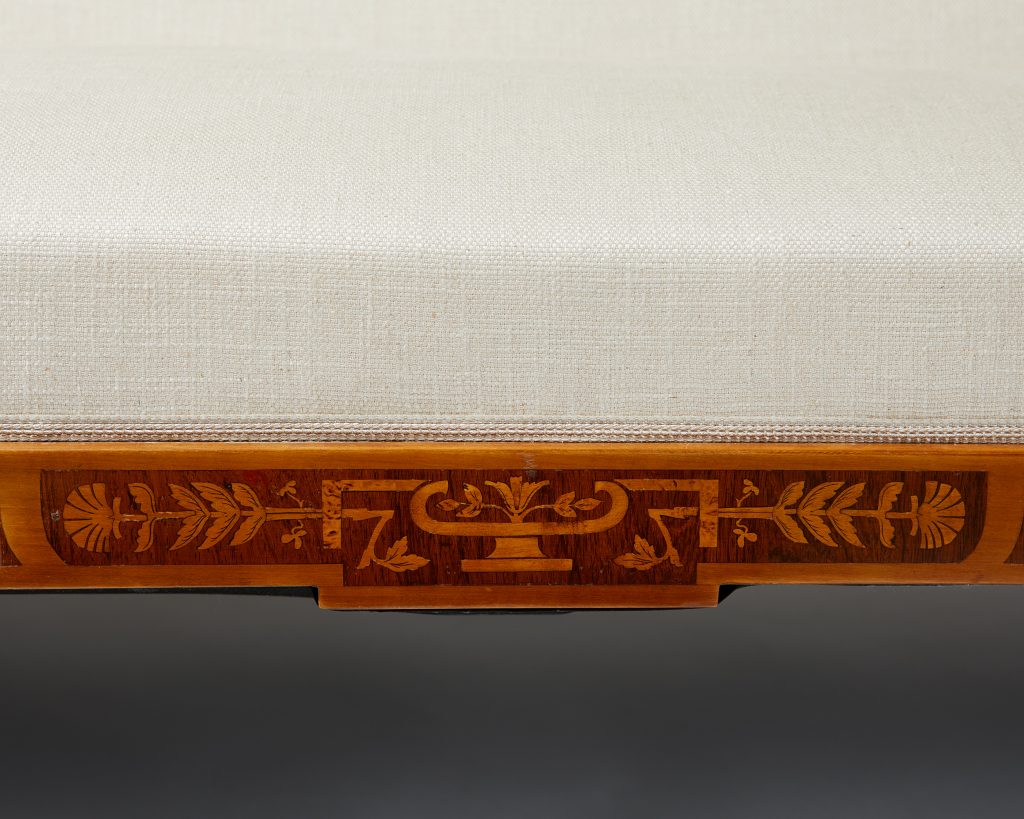 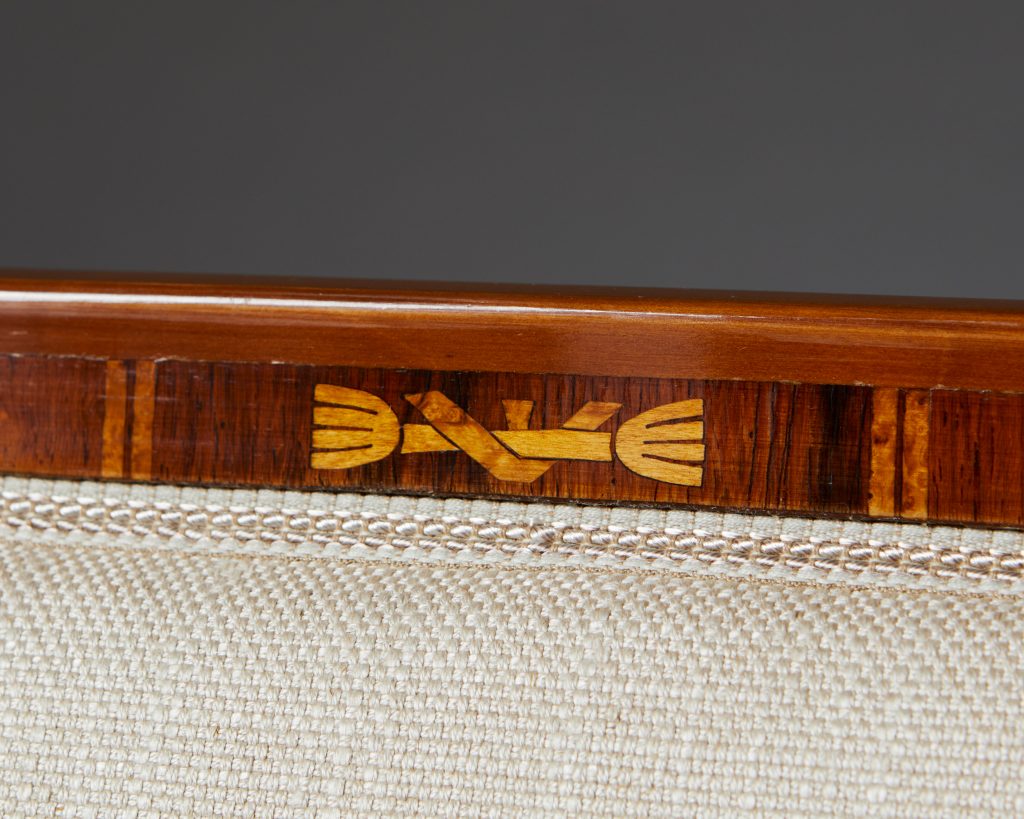 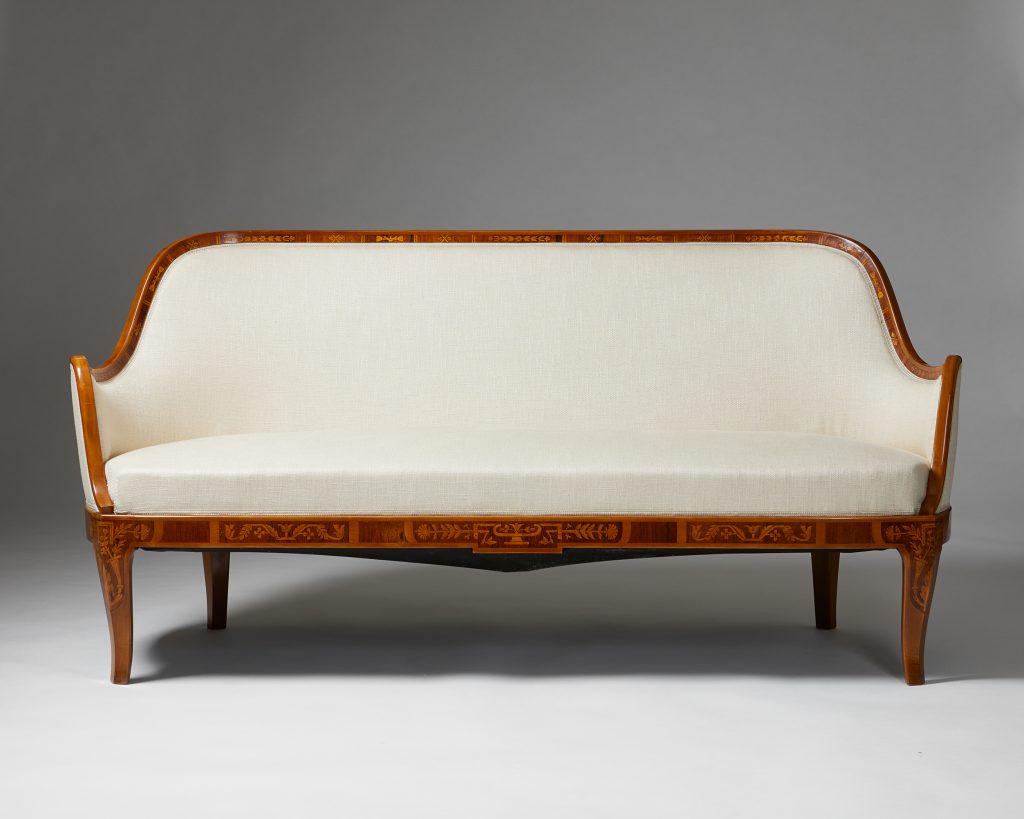 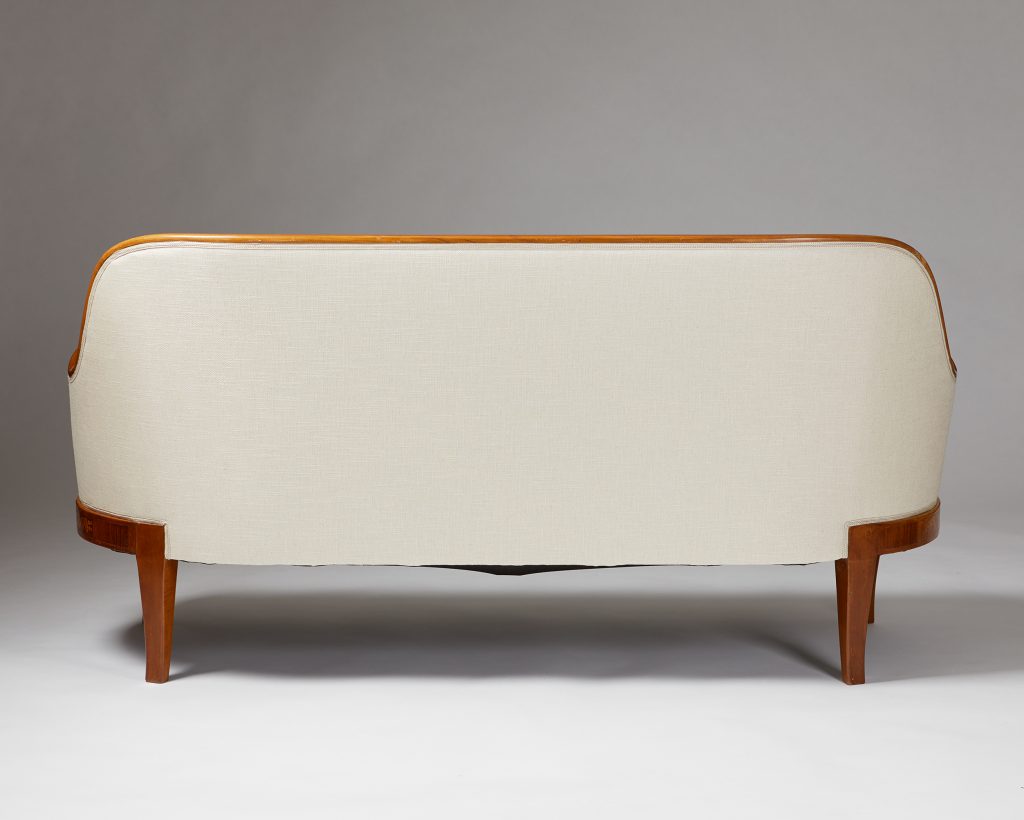 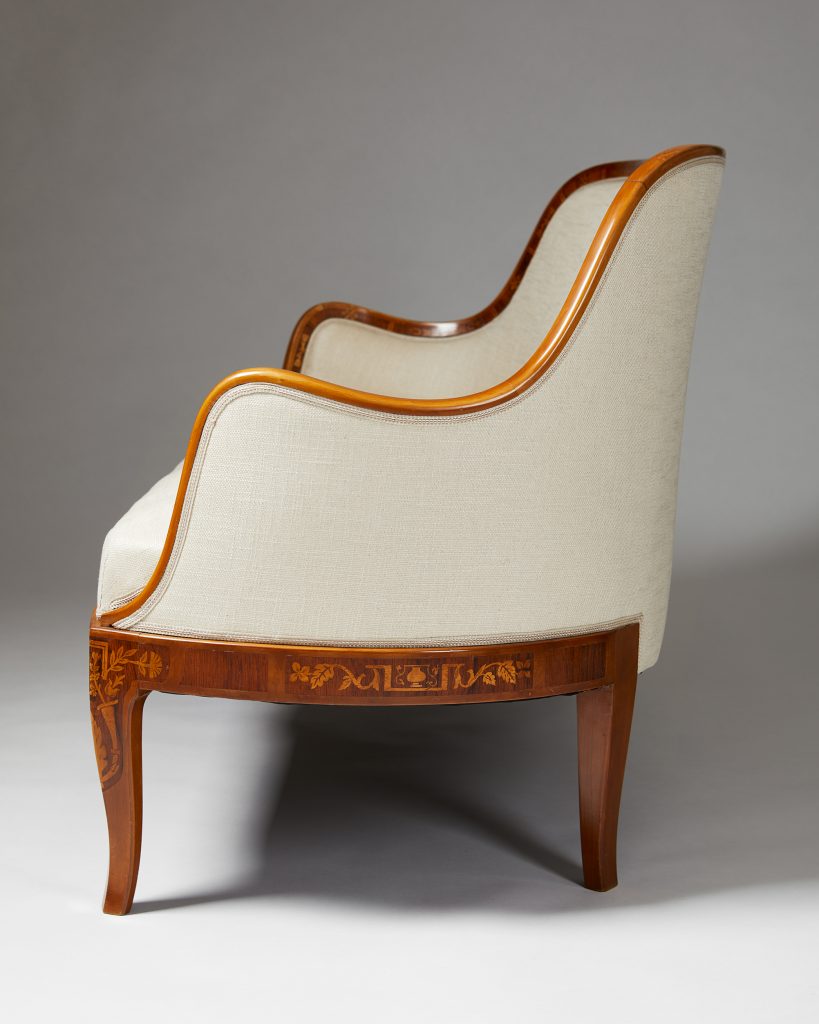