Berndt Friberg was born to a family of potters and began working on ceramics as early as the age of 13, when he apprenticed for Höganäs. In 1934 he began working at the Gustavsberg factory, first apprenticing under Wilhelm Kåge, before going on to produce his own line of pottery from 1944. All his studio work is personally thrown and signed by him and ranges in size from miniatures to large floor vases. Collectors of his work include Robert Mapplethorpe, King Carl Gustaf of Sweden and Yves Saunt Laurent. 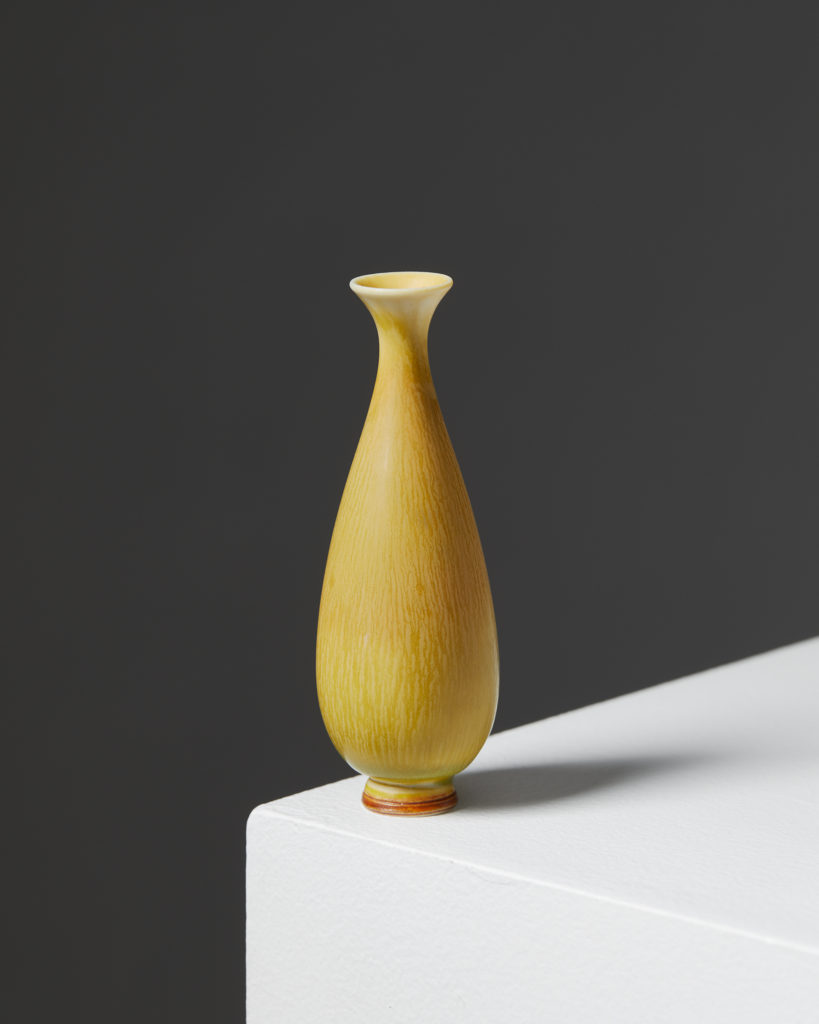 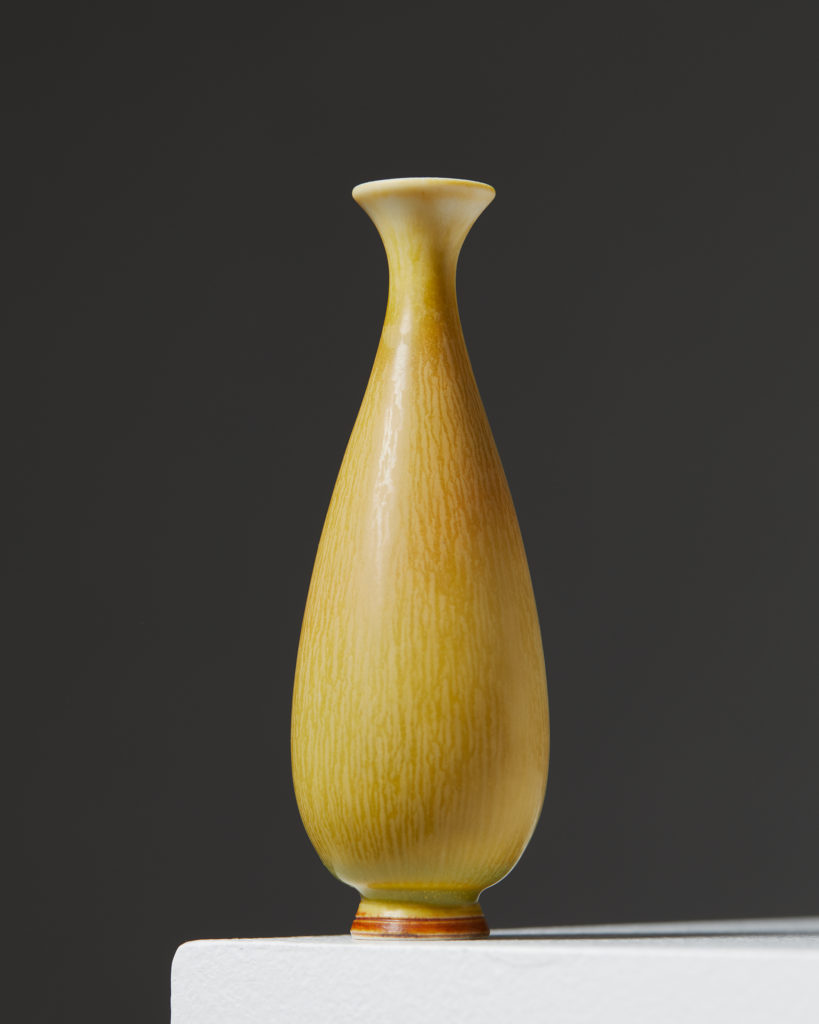 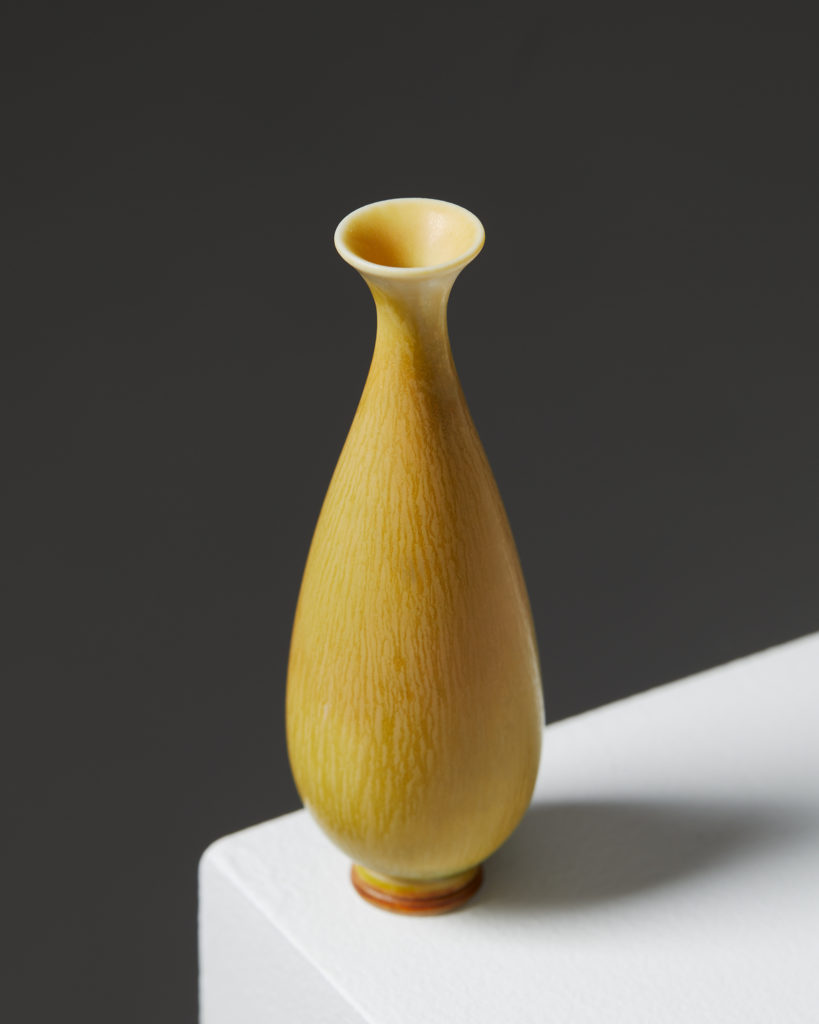 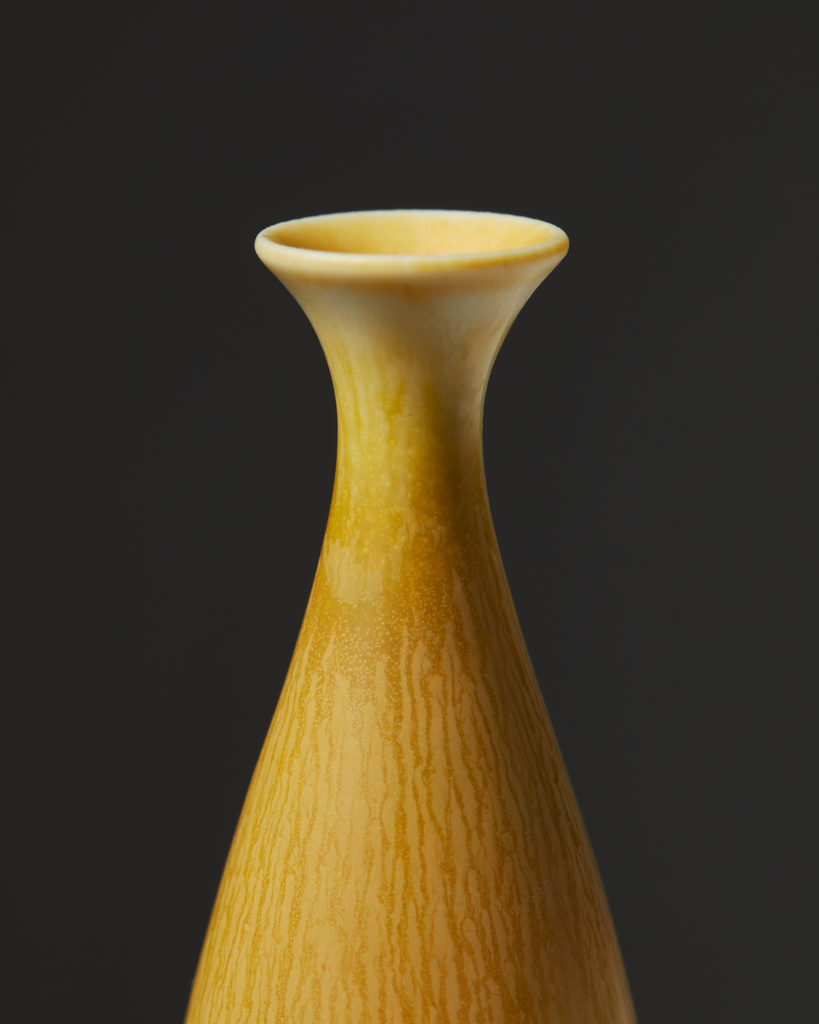 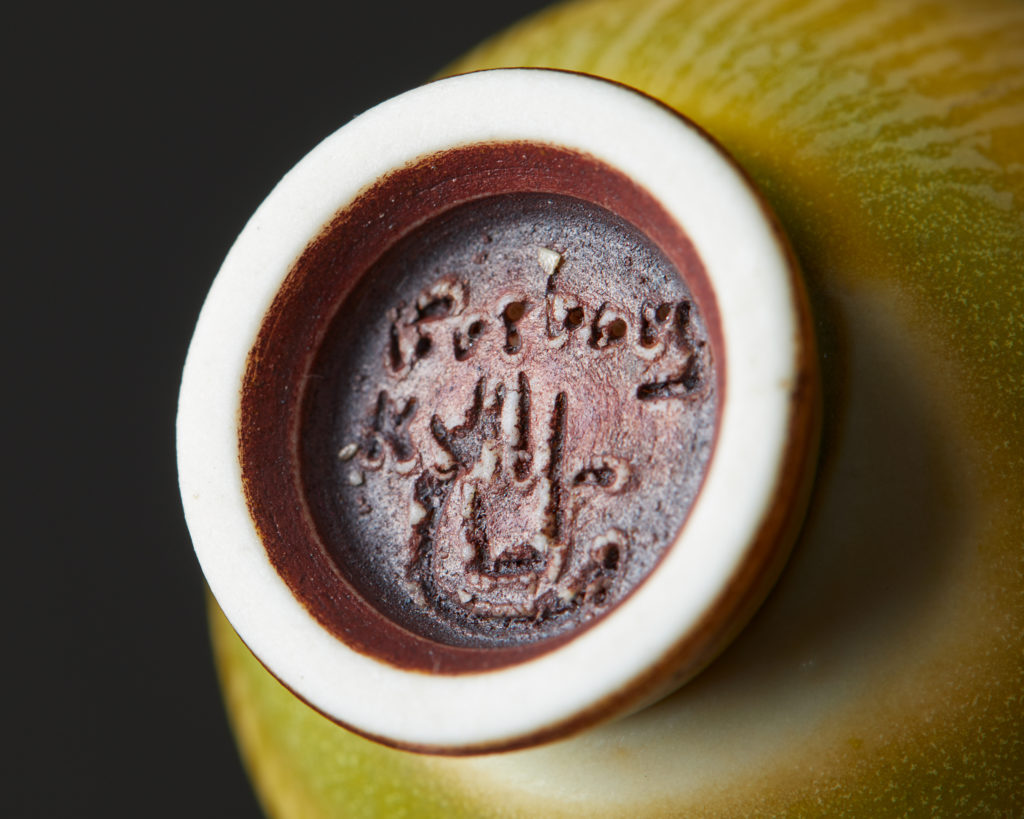