Menu
Eliel Saarinen (1873-1950), father of Eero Saarinen, was the leading architect of the Finnish romantic style in his native country in the early 20th Century.

He studied painting and architecture at Helsinki University and established an architecture practice in his last year of school with classmates Herman Gesellius and Armas Lindgren. Together they created the Finnish pavilion for the 1900 World Fair in Paris, which exhibited an extraordinary convergence of stylistic influences: Finnish wooden architecture, the British Gothic Revival, and the Jugendstil. Working in the art nouveau- inspired Scandinavian romantic style, they also designed the Finnish National Museum in Helsinki, as well as Saarinen's own home near Helsinki, around 1901, and the Helsinki train station, around 1906.

For each of these commissions Saarinen would also design furniture and sometimes even rugs. Some of his most famous pieces from this period are the "Hannes" chair from 1908 with a decorative mahogany inlay, and the 1910 "White" armchair. In 1922 Saarinen received a small windfall of money for his second prize-winning entry to the contest to design the Chicago Tribune Tower and he moved to the States with his wife Loja, a textile designer and the sister of his partner Gesellius, and Eero.

Modernity is particularly proud to have added a group of furniture by Eliel Saarinen to its collection. The sofa, armchairs and table were made to furnish the suites at the Munksnäs hotel, a highly appreciated retreat for the Helsinki elite.
The chairs were a generic design, which Saarinen was fond of, and which he re-worked often.
It is very unusual to find any original piece from his Finnish period, let alone a whole group of furniture in wonderful condition.
2017-10-27 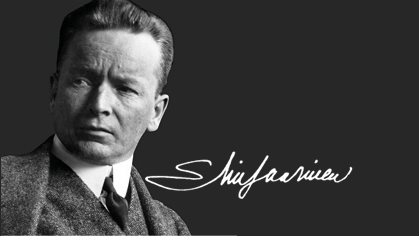 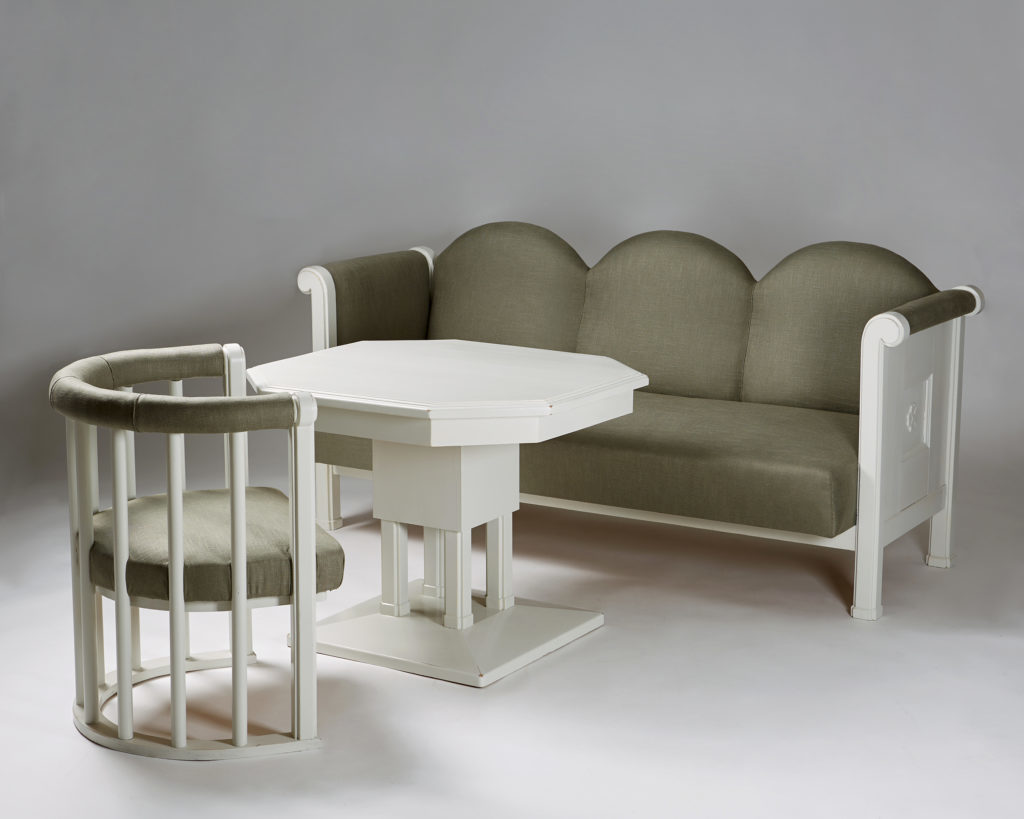 Group of furniture for the Munksnäs hotel - 1907 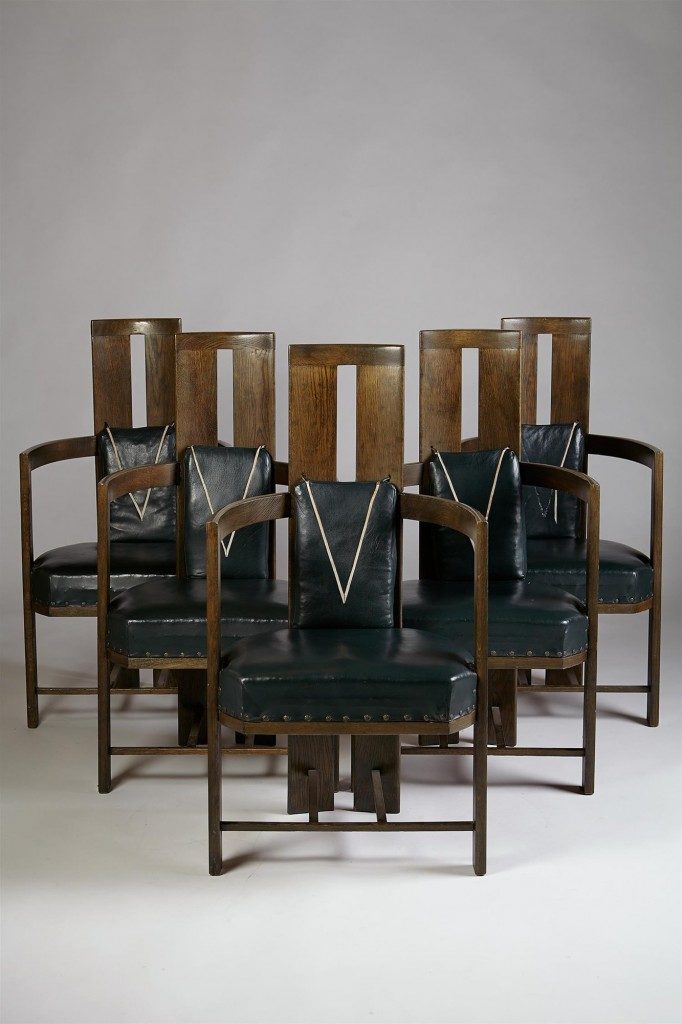 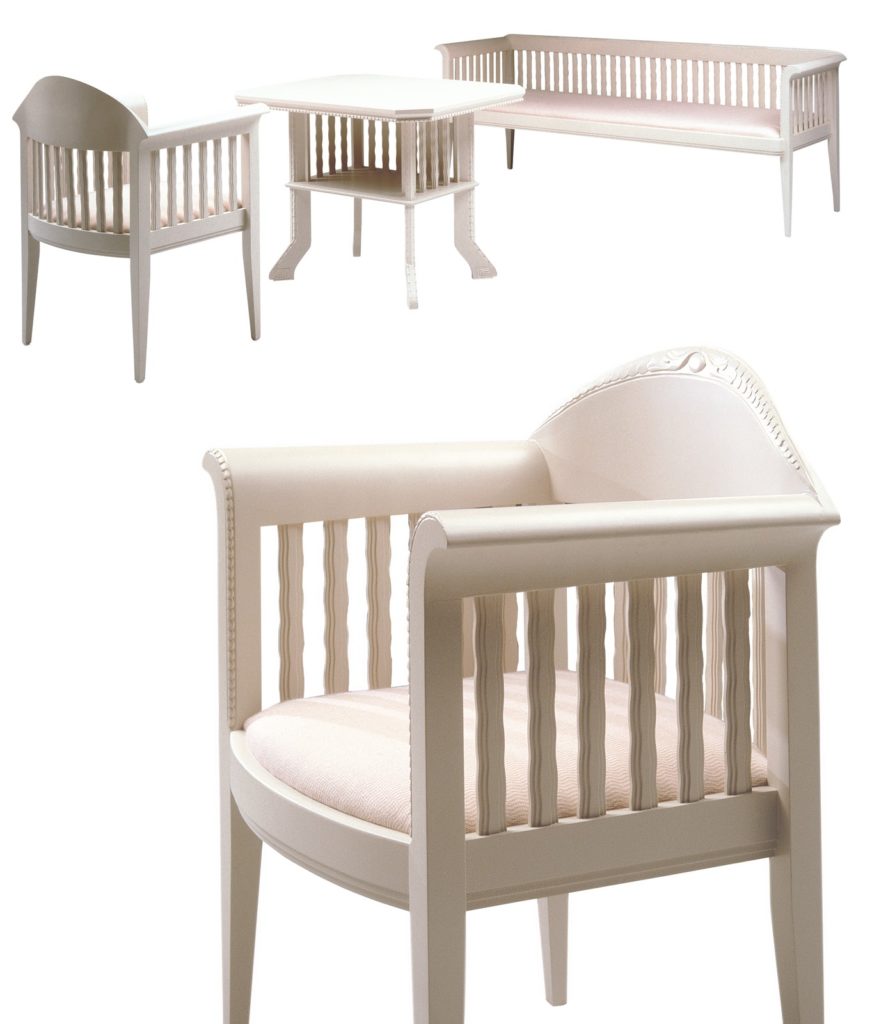