Menu
Uno Åhrén was a Swedish architect, designer, and city planner, dedicating a huge part of his life to the development of the functionalist and modernist movements in both Gothenburg and Stockholm. He has been recognised as a pioneer of the modern design ideal in 20th century Sweden, driving forward the values, practices, and acceptance of functionalism.

As a young man, Åhrén expressed much of his talent through drawing and oil painting. It didn’t take long for his tutors to recognise his gift for the arts; at the age of 20, making his first impression with his design of a one room flat for the 1917 ideal home exhibition in the new Liljevalchs art gallery in Stockholm. The exhibition was intended to encourage the design of functional homes and ordinary items for the general public. Åhrén’s wallpaper designs for the display were held in high regard, and would be reprinted many years later. As a result of his initial success with interior design, he was given the opportunity over the coming years to design more furniture and other household items; many of which were for the distinguished Swedish design firm Svenskt Tenn, where he was one of the earliest to collaborate with Estrid Ericson.

Graduating as an architect at the KTH Royal Institute of Technology in Stockholm in 1918, where he met fellow modernist architect Sven Markelius, he progressed to build an impressive breadth of experience across several sectors of the industry. As well as architecture and urban planning, Åhrén continued to design interiors, furniture, and textiles, and was also active as a writer and speaker.

It was in the 1920’s that his attention was first drawn to the modernist movement. He was invited, along with several other prominent Swedish designers of the period, to take part in a major architecture exhibition in Paris; ‘International Exhibition of Modern Decorative and Industrial Arts’ or the ‘World’s Fair’. The exhibition ran from April to October of 1925 and had fifteen thousand exhibitors from twenty different countries; visited by almost sixteen million people. Situated along the banks of the Seine, it was designed to bring the new modernist style to light and carried the ambition of guiding the world towards a new future of design. What Åhrén created for the exhibition, was a ladies’ drawing room, or salon, designed in a true ‘Swedish Grace’ style. It was at this exhibition that Swedish design really made its breakthrough. Sweden won no less than 36 Grand Prix, 100 gold medals and countless honorary mentions. The furniture Åhrén designed for the space was a huge success and won several of the awards.

One of the pieces designed by Åhrén for the exhibition, was this exquisite easy chair. With a frame of rosewood, and upholstery in a deep red velvet, this piece was the epitome of modern luxury. The subtle curvature and exaggeration of the back rest is stunningly sculptural, and the silhouette exudes femininity. This piece was part of a set that included both a chaise longue and coffee table and is among some of the most sought-after pieces displayed at the exhibition. The chair is in beautiful vintage condition, retaining both the original rosewood frame and velvet. It is incredibly rare that any of the pieces featured in the 1925 World’s Fair are available, with most of the pieces remaining in the families of collectors or being exhibited by Sweden’s National Museum. In the past few years, the discreet charm and high refinement of Swedish Grace has made its way back into the spotlight, making this golden era as popular among highly demanding collectors today as it was in the 1920’s.

To go to the listing for the ladies' salon easy chair, click here. 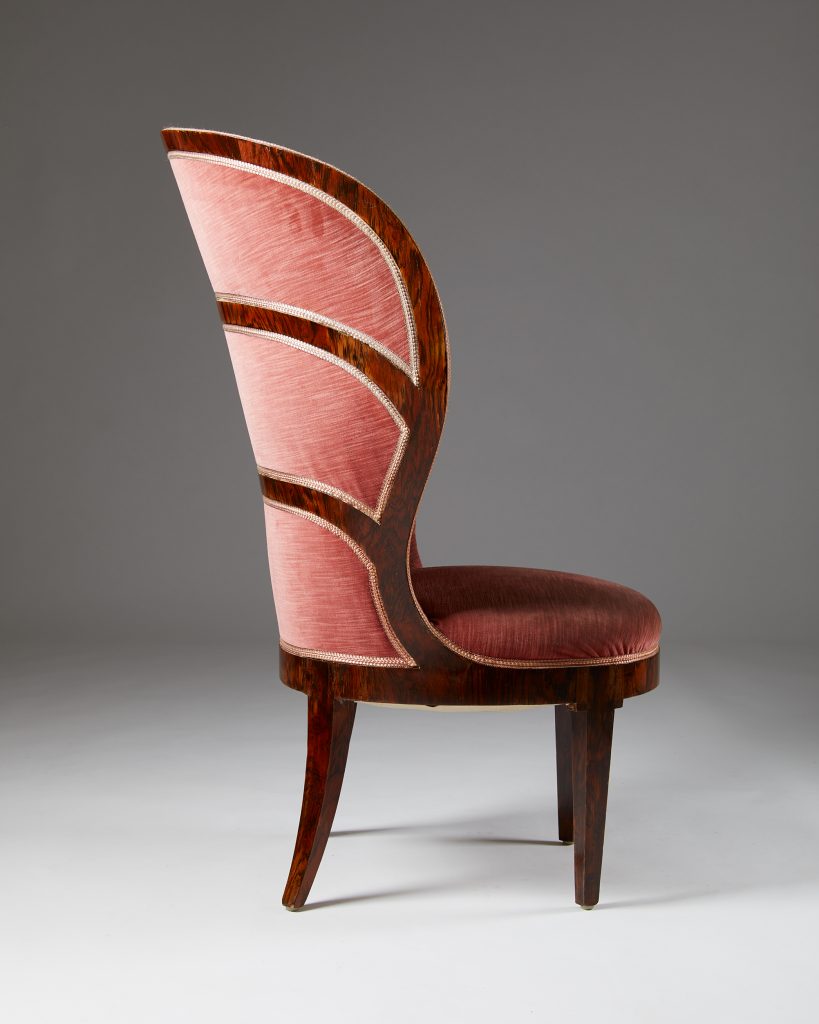 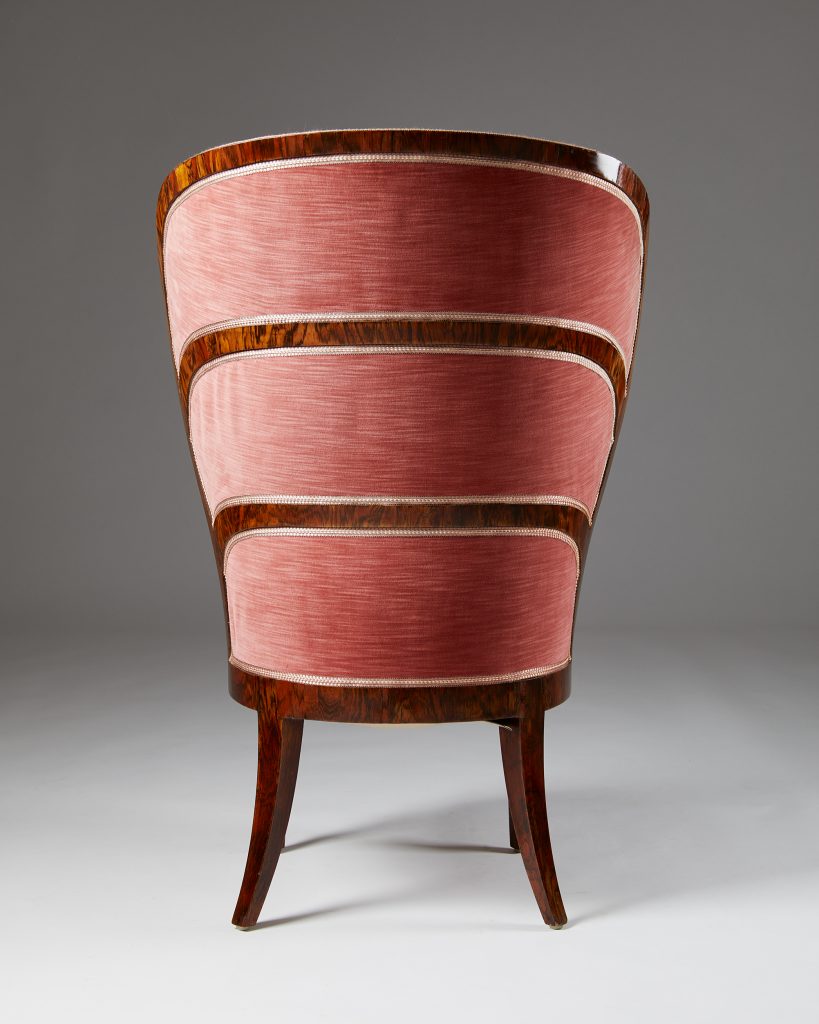 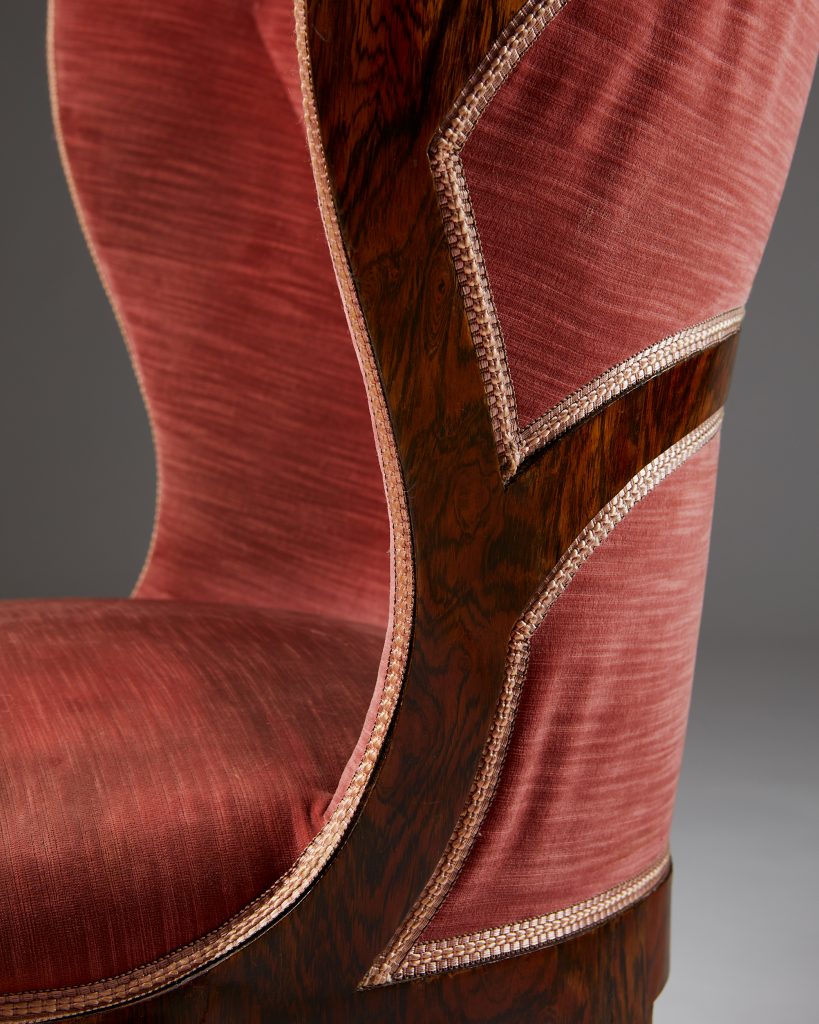 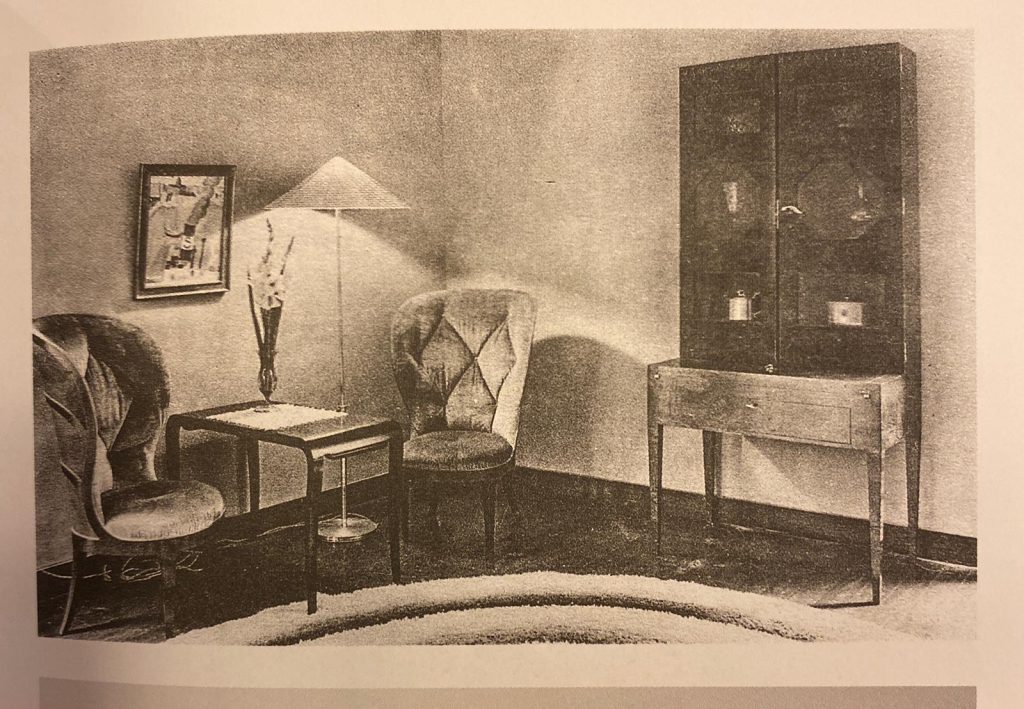 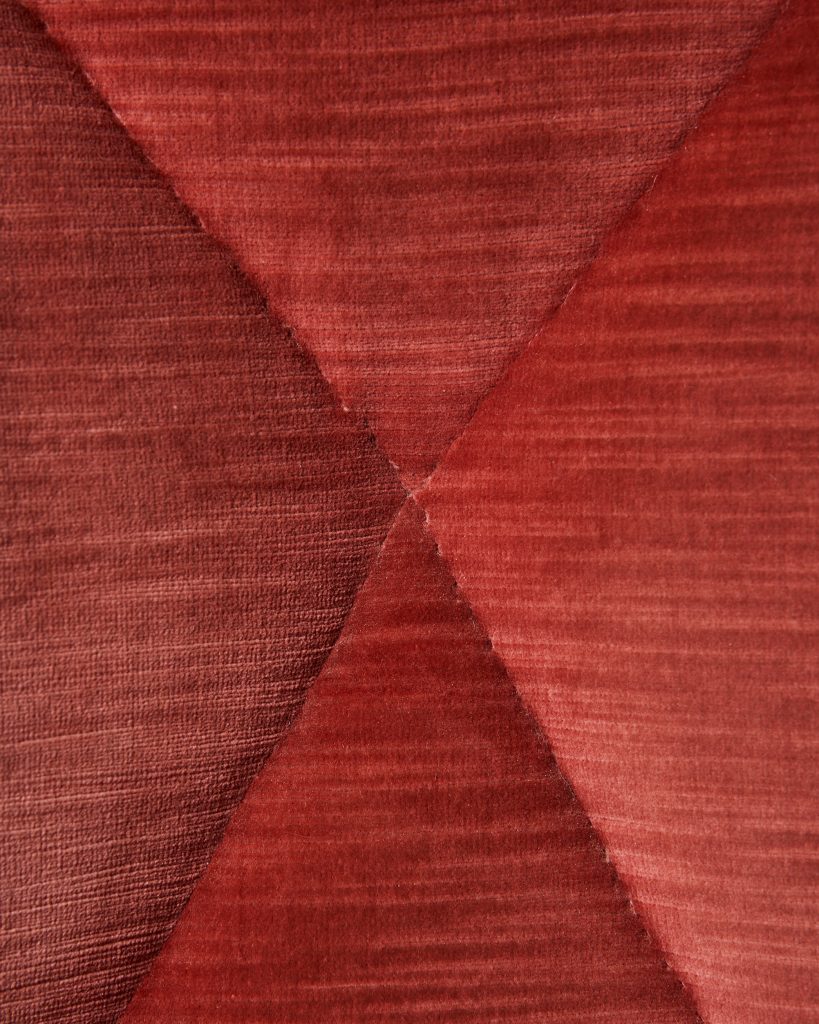 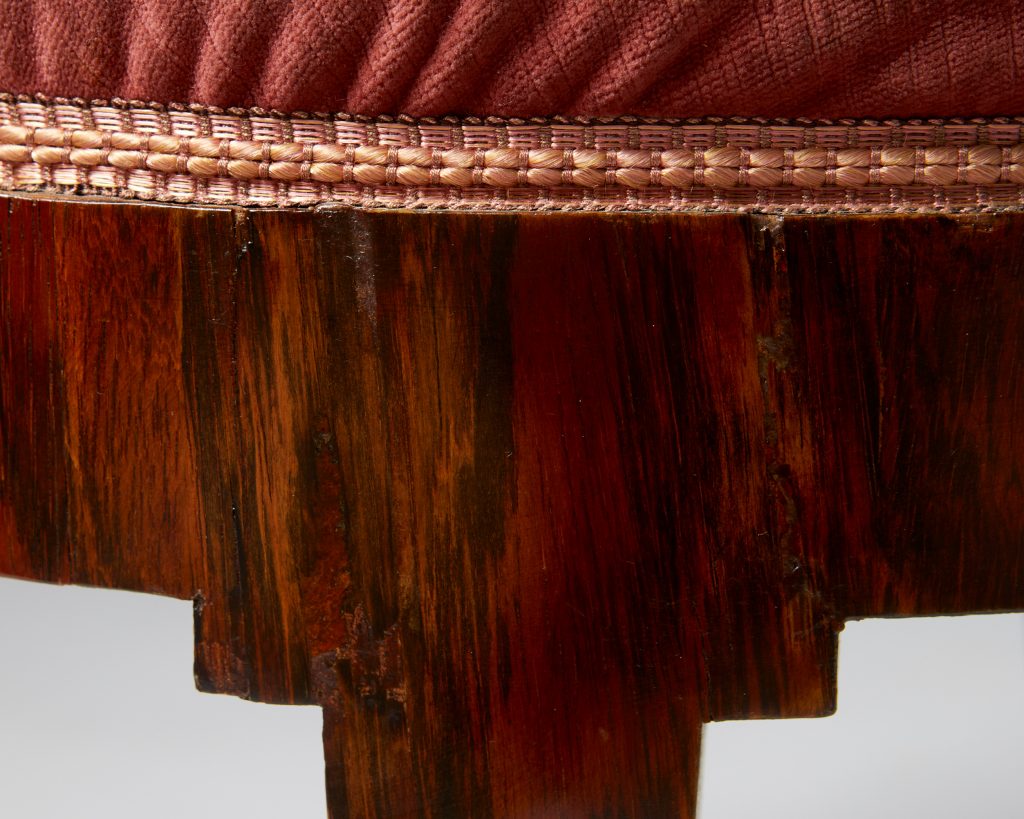