Modernity is delighted to return to the grounds of the Royal Hospital Chelsea to exhibit at Masterpiece London 2022 which runs from 30 June to 6 July. This year will be the first Masterpiece fair since 2019 as well as our fifth appearance at the fair. Please feel free to visit us at booth 310.

Masterpiece showcases the finest artwork and design from local and international dealers and galleries. The fair allows collectors to purchase the most exceptional pieces available on the market from every major discipline. Quality and authenticity are assured due to Masterpiece’s rigorous vetting process, comprised of twenty-seven individual committees.

The fair takes place in the historically rich Royal Hospital Chelsea. Founded in 1682 by King Charles II, the sixty-six-acre almshouse was the founded to treat reformed officers (those from disbanded regiments) and maimed soldiers from the British Army. Some of the first admitted were those injured at the Battle of Sedgemoor. This year’s fair will take place in the South grounds, traditionally used for pensioners recreational activities.

Modernity will present works by a variety of designers including Carl Malmsten, Arne Vodder, Alvar Aalto and Paavo Tynell. These pieces will appear alongside the work of contemporary ceramicists Sandra Davolio and Alvina Jakobsson.

The most notable works presented at our booth this year is the ‘ladies salon’ easy chair by Uno Ahren and an exquisite dining table by Josef Frank. The easy chair was shown as a pair in the so-called ladies' salon (earning its namesake) alongside the unique cabinet "The Garden of Eden" and a coffee table at the Swedish Pavilion at the World's Fair in Paris in 1925. Ahren is better known as the renowned Swedish architect, this work being one of the few occasions he designed furniture. You can learn more about Uno Ahren and the easy chair here.

Josef Frank is more widely regarded as designer both in and of the home. The amboyna wood and mahogany table and its boxwood and ebony edge are demonstrations of the designers elegance, attention to detail and modernist flair. Despite his European origins, Frank embraced and pioneered ‘Scandinavian design style’, which is witnessed in the early model of the ‘Flora’ cabinet placed behind the table and completing the set. You can learn more about Josef Frank here.

All the works featured on stand this year have been collated in this years Masterpiece Catalogue 2022, published on Issuu. You will find the link down below.

It will be a pleasure to welcome you here, so do let us know if you are planning to visit. 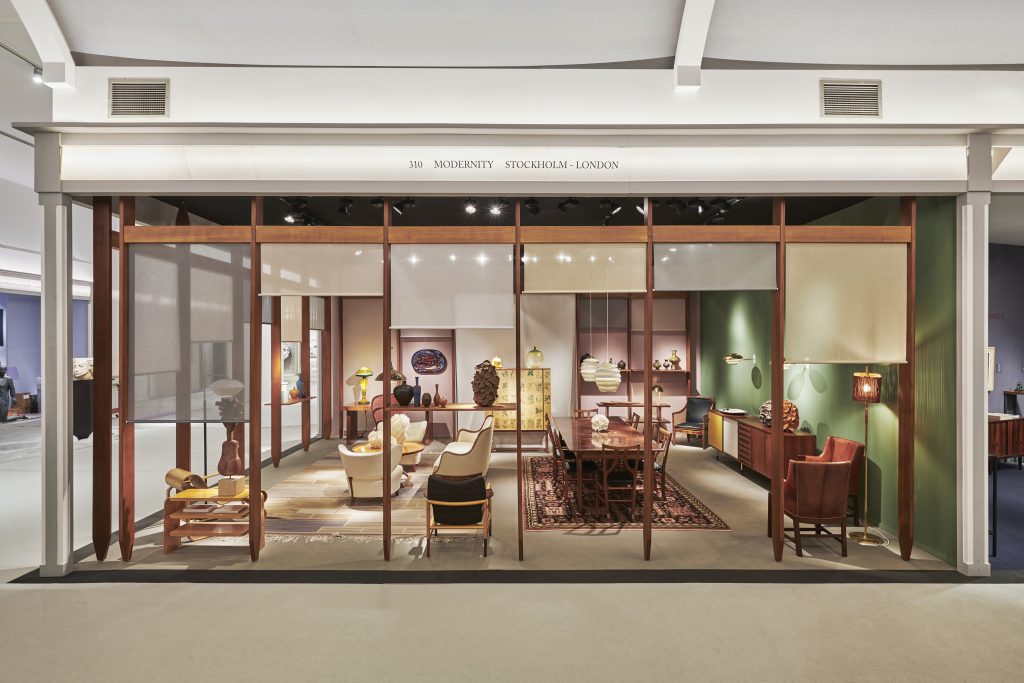 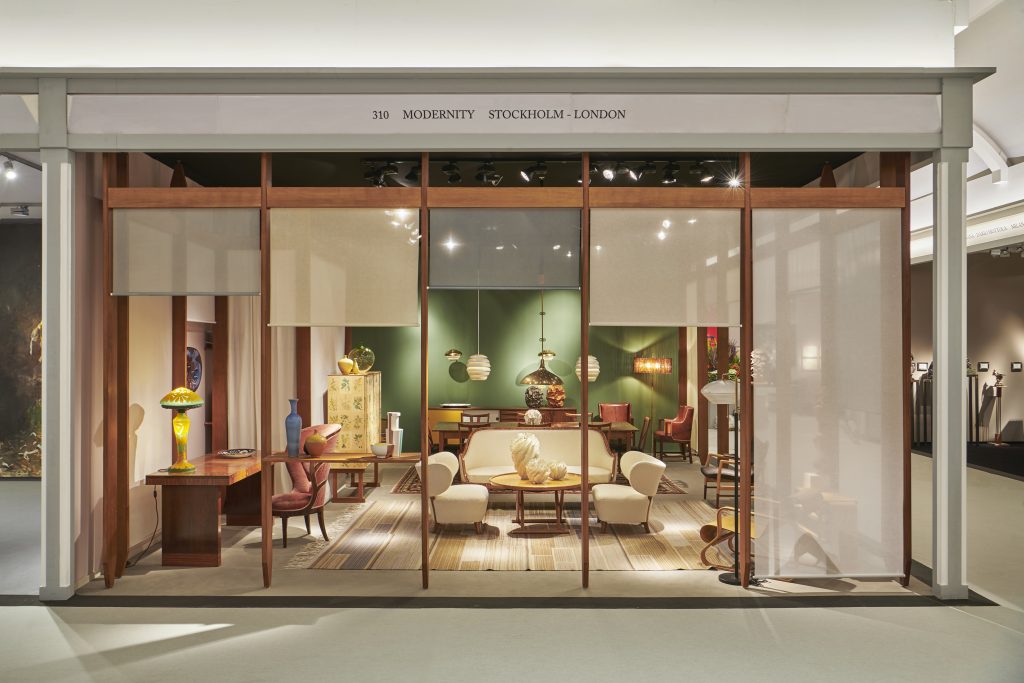 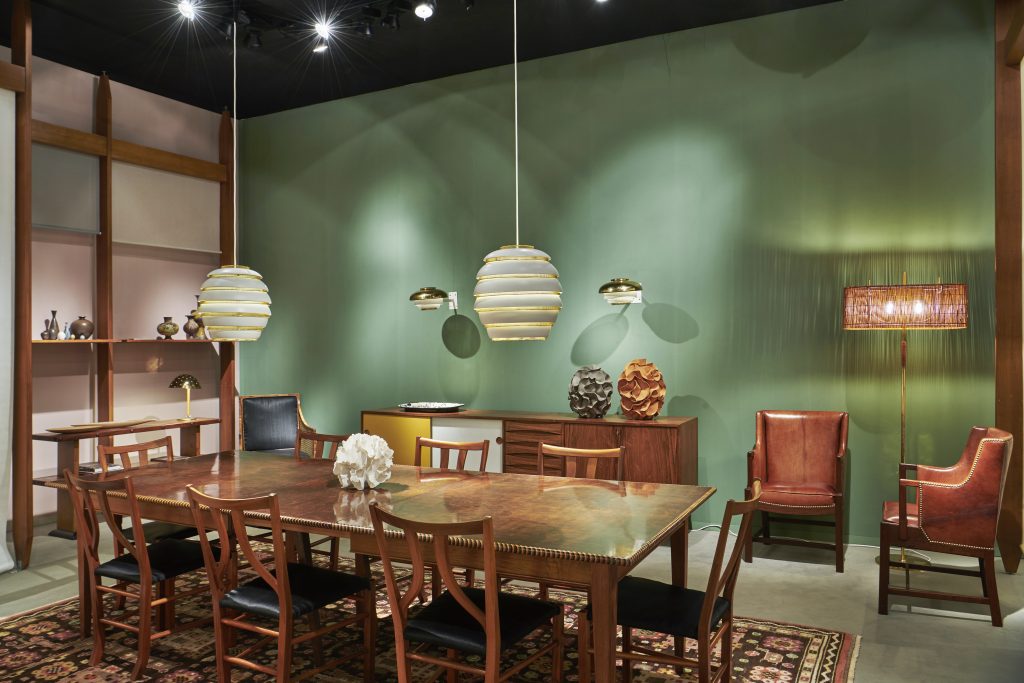 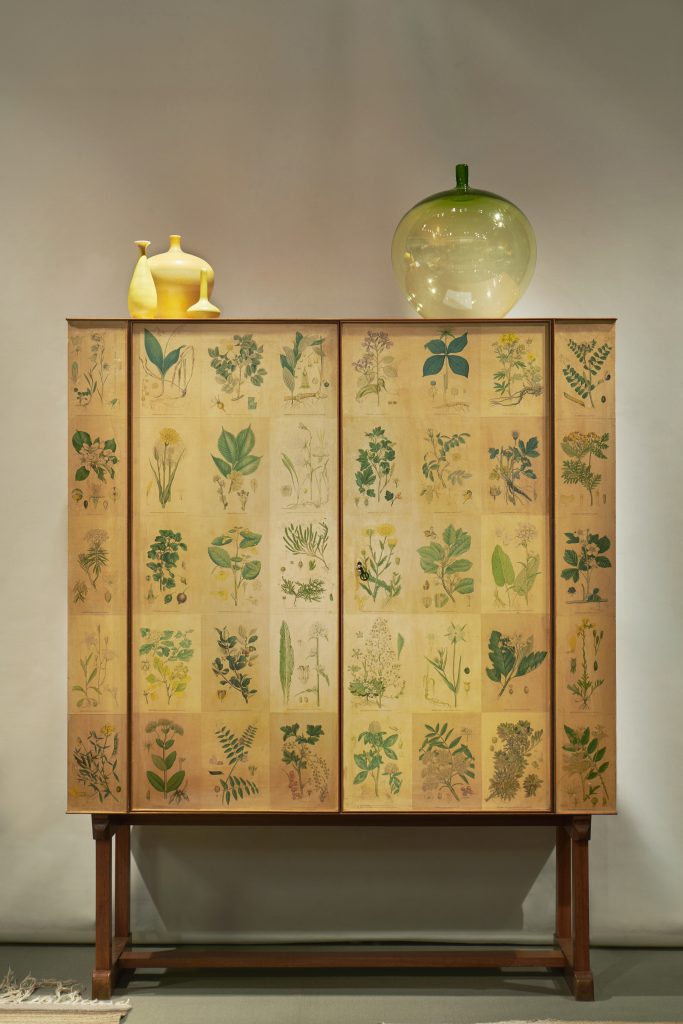 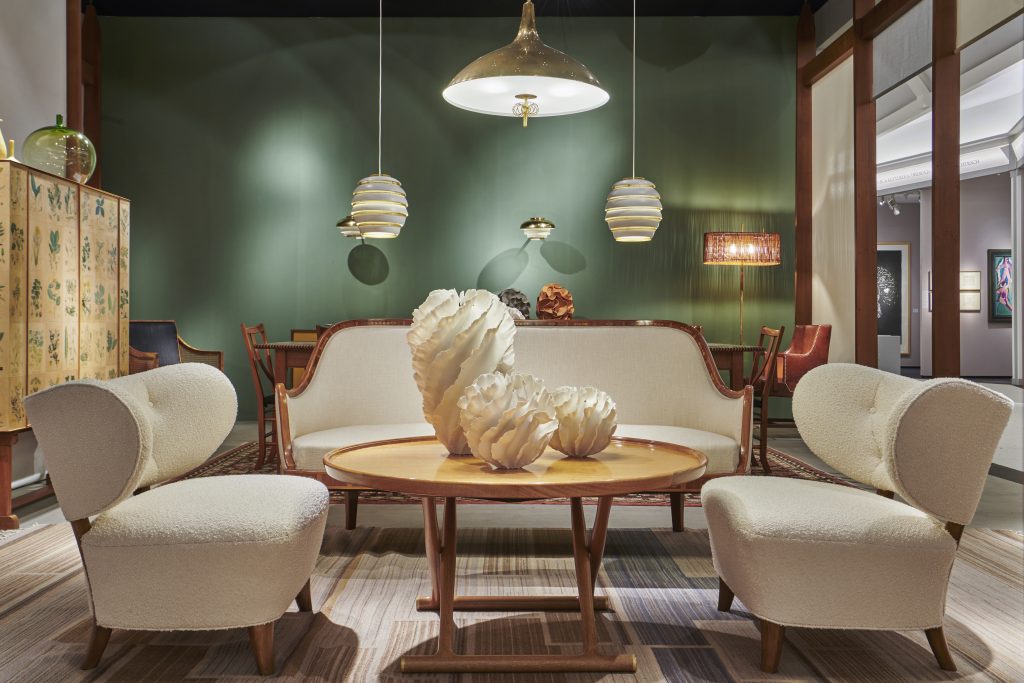 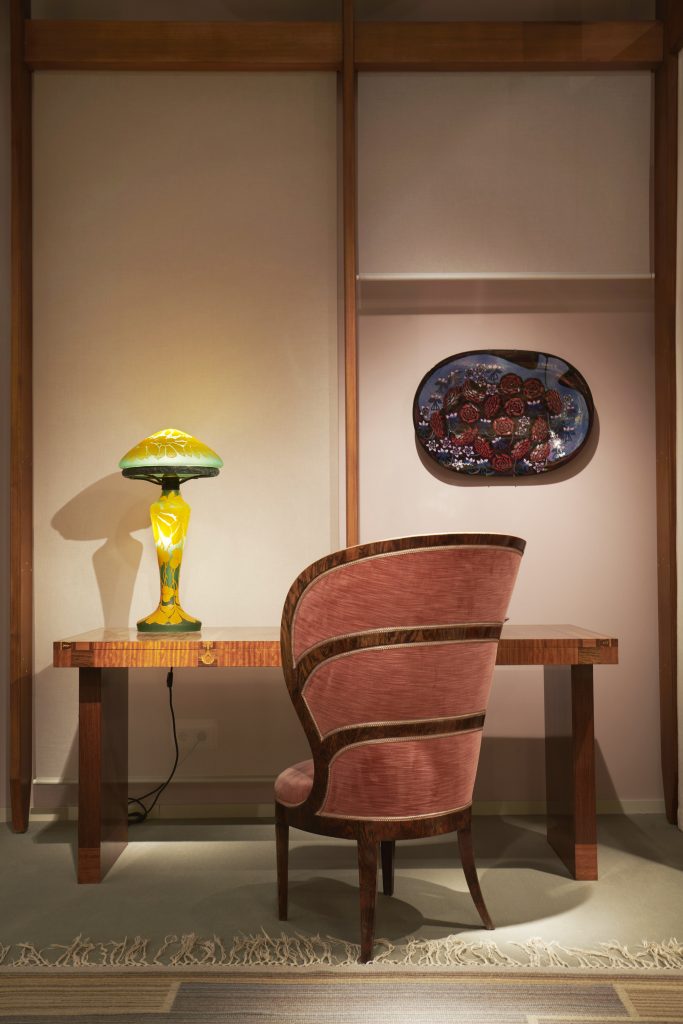 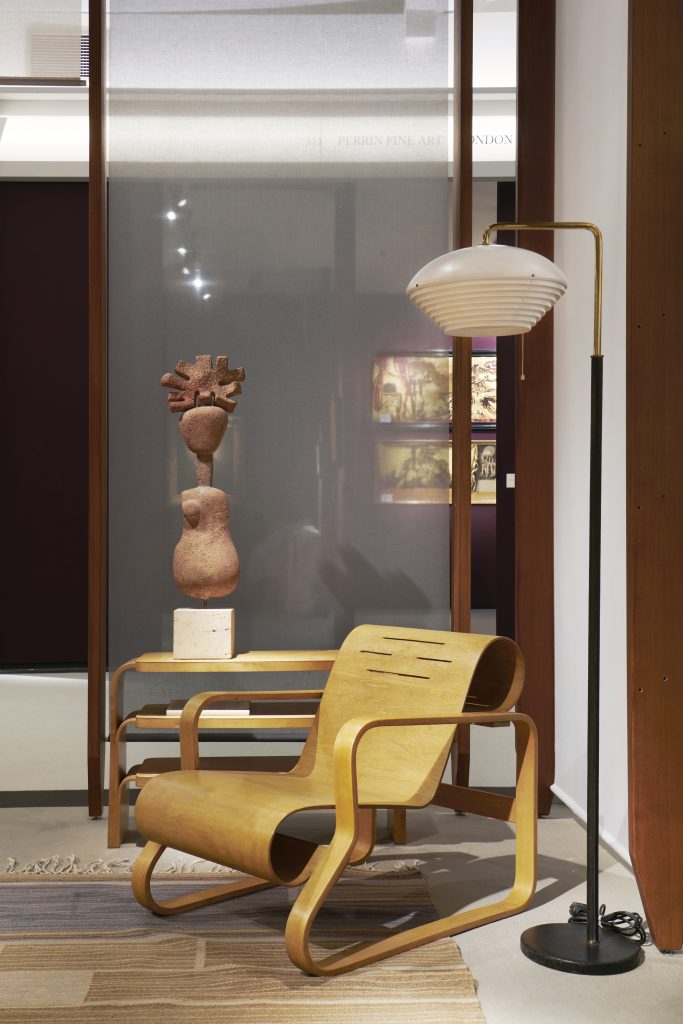 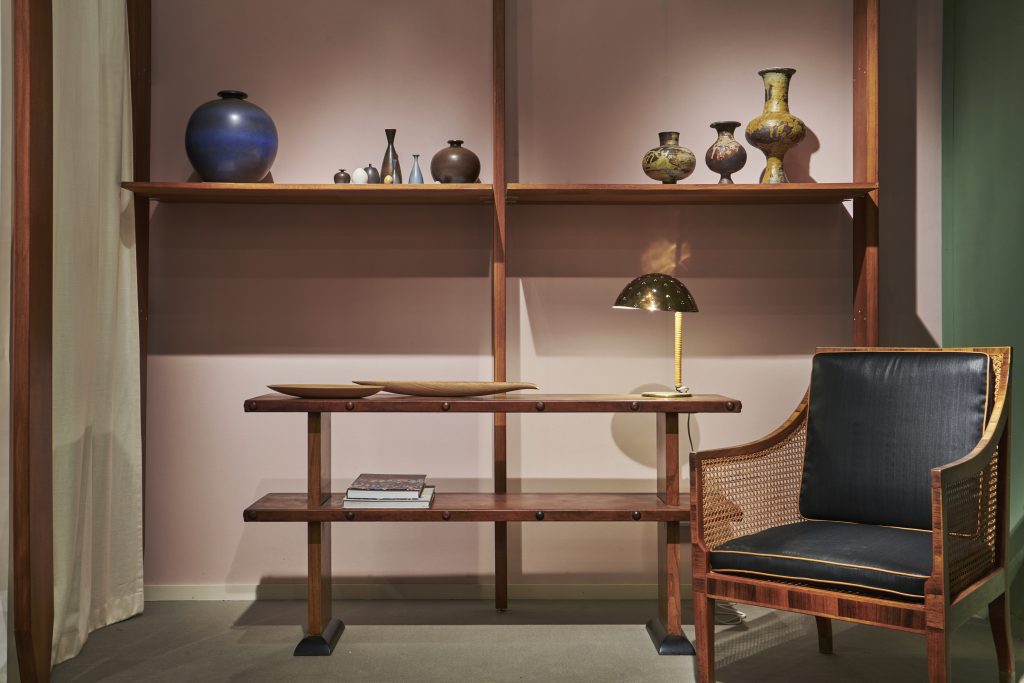 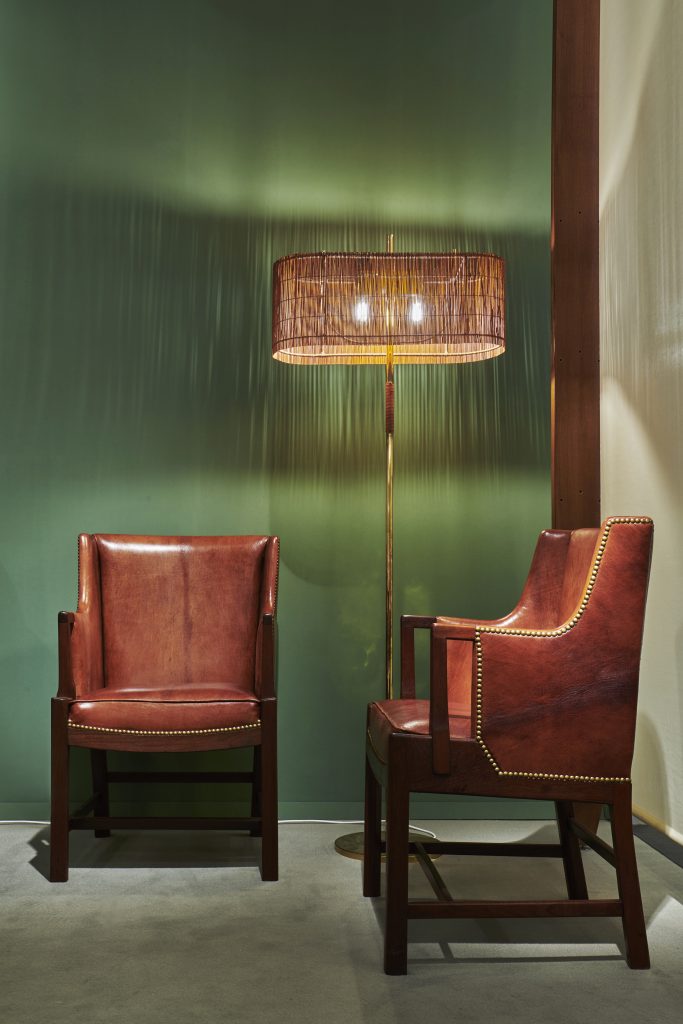 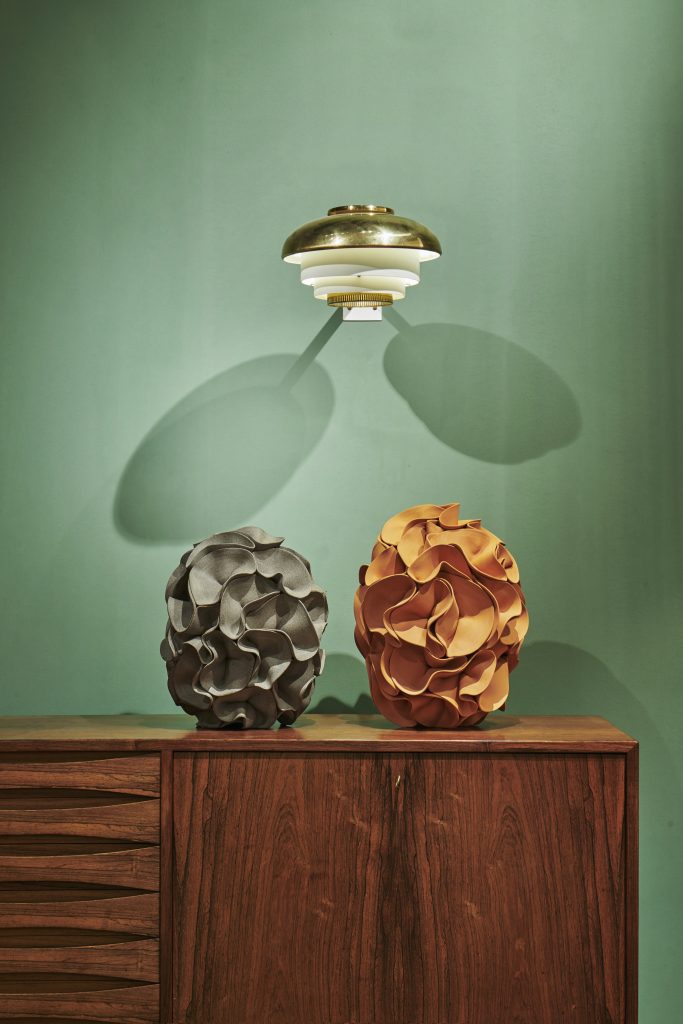